Bloomsburg University's Council of Trustees, appointed by the Governor of Pennsylvania and approved by the Senate, are charged with reviewing the administration, fiscal management and physical plant of the university.

Open to the Public

The Trustees also conduct an annual evaluation of the president, which is given to the Chancellor for submission to PASSHE's Board of Governors. Based upon recommendations from the president, the Council of Trustees reviews and approves standards for:

*Trustee biographies are included below. 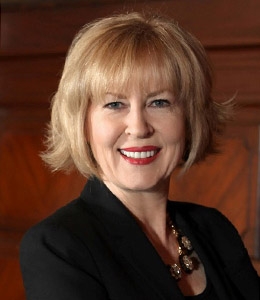 The Honorable Mary Jane Bowes serves as a judge of the Superior Court of the Commonwealth of Pennsylvania. Judge Bowes earned a bachelor’s degree from Georgetown University and Juris Doctorate from the University of Pittsburgh School of Law. Upon graduation, she worked as a judicial law clerk for Chief Justice Henry X. O’Brien of the Supreme Court of Pennsylvania and Superior Court Judges Harry Montgomery and John P. Hester. Judge Bowes thereafter engaged in the general practice of law before joining the legal department of a publicly-traded environmental remediation firm. A member of the Allegheny County and Pennsylvania Bar Associations, she was named one of Pennsylvania’s Best 50 Women in Business by Governor Tom Ridge in 1997.

She was elected to the Superior Court in November 2001 and retained for a second 10-year term in 2011. During her time in office, Judge Bowes has fought to increase the transparency of that court by advocating for online posting and increased publication of its decisions. She previously served as the statewide administrative Wiretap Judge, and currently is appointed by the Supreme Court to the Pennsylvania Commission on Crime and Juvenile Delinquency and the Pennsylvania Appellate Procedural Rules Committee. Judge Bowes lectures throughout the Commonwealth on appellate practice issues for the Pennsylvania Bar Institute and various local bar associations.

Active in her community, Judge Bowes has served on the boards of numerous civic and social service organizations, primarily addressing the needs of at-risk children. She is past chair of the St. Anthony School for Exceptional Children in Allegheny County and sits on the board of the University of Pittsburgh Law Alumni Association.

Judge Bowes was honored to be appointed to the Bloomsburg University Council of Trustees by Governor Tom Corbett in 2013. 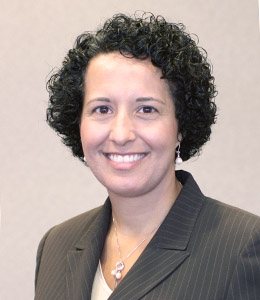 Nancy Vasta has 20 years of professional experience with Cigna, a global health services company that sells in 30 countries and serves 95 million customers.

Nancy is currently Vice President of Evernorth Care Solutions, a subsidiary of Cigna Corporation.  She is responsible for strategic planning and execution for new start-up businesses to improve population health.  She is also the business lead for the company’s future state service experience across several lines of business.  She has “profit and loss” experience in cross functional roles including Strategy, Product, Digital, Operations and Human Resources.

Nancy received her bachelor’s and master’s degree from Bloomsburg University and has had many opportunities to give back. She is a member of Bloomsburg’s Board of Trustees and is actively involved in fundraising. Nancy was the first chair of the Henry Carver Fund which raised over $1.5 million annually and helped lay the foundation for the $62 million It’s Personal campaign.

Nancy is also a sought out industry expert. She is a guest lecturer for the healthcare management program at Marymount University and has presented at the World Health Congress, the Institute for HealthCare Consumerism and the Healthcare Analyst Conference.

Nancy lives in Bucks County with her husband Mike and son Jack. 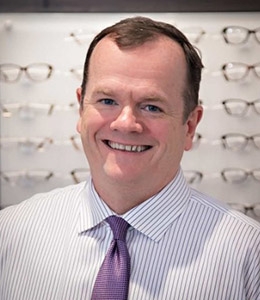 Dr. Brian O’Donnell, proprietor of New Era Eye Care, Shavertown, received a bachelor's and masters of science degrees from Bloomsburg University followed by a doctorate degree from Pennsylvania College of Optometry. He is a past member of the Board of Education for the Wilkes-Barre Area School District. He has many affiliations professionally and civically, including the Board of Directors for the Greater Wilkes-Barre Association for the Blind, past President of the Board and is currently serving as Board Secretary.

Dr. O’Donnell is a Wilkes-Barre native and has been in private practice for over two decades. He and his wife Marcy, who is also a Bloomsburg University graduate, have one son and currently reside in Luzerne County.

Dr. O’Donnell is an extremely active participant in the local community and feels fortunate to be in a position to be able to help in many different ways. He founded the Gift of Sight program, which now serves underprivileged people with sight problems in three counties in Northeastern Pennsylvania by having eye doctors in the area donate a portion of their eyeglass sales.

He has also served and serves on many boards in an effort to help the community.

Dr. O’Donnell was honored to be appointed to the Bloomsburg University Council of Trustees by Governor Tom Wolf in 2016. 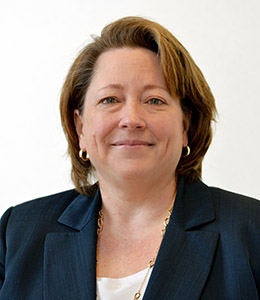 Amy Brayford is the executive vice president, chief of staff and the chief human resource officer for Geisinger. She has been a member of the Geisinger team since 1997, serving in a number of human resource roles including generalist, operations manager, associate vice president and vice president. In her current role, Amy leads the organization wide HR strategy, and is the senior leader working with internal audits and compliance, development and board relations.

A graduate of Bloomsburg University, she earned her master's degree at Ithaca College in Ithaca, N.Y. Prior to joining Geisinger, she served as a quality coordinator at the Pennsylvania Department of Transportation, adult education instructor at the Schuylkill Intermediate Unit and adjunct professor at Harrisburg Area Community College. Amy was a member of the Bloomsburg University College of Business Advisory Board and currently serves on the Girl Scouts in the Heart of Pennsylvania.

Amy Brayford was honored to be appointed to the Bloomsburg University Council of Trustees by Governor Tom Wolf in 2018. 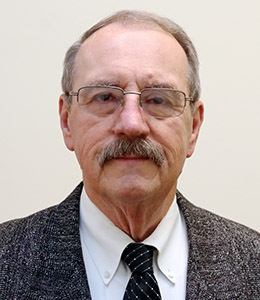 Edward G. Edwards served as the president and chief executive officer of the Columbia Montour Chamber of Commerce and the Columbia Alliance for Economic Growth for 31 years. During much of that time, he also served as an administrator of the Columbia County Industrial Development Authority.

During his career, he was very active in the economic development of the Columbia County and was instrumental in recruiting new businesses into the county and assisted with the expansion of many existing industries. He secured over $3 million in funding to create the Columbia County Business Park. Ed obtained over $4 million in state and federal funding to create the Bloomsburg Regional Technology Center which was dedicated by former Governor Ed Rendell in 2005.

In 2008, Edwards became involved in the fight to prevent the PA Turnpike Commission from imposing tolls on Interstate 80. He helped found and led the Alliance to Stop I-80 Tolling which counted over 40 chambers of commerce, economic development groups, visitors’ bureaus and local governments across the state, united to keep the important economic lifeline toll free.

Edward Edwards was honored to be appointed to the Bloomsburg University Council of Trustees by Governor Tom Wolf in 2016. 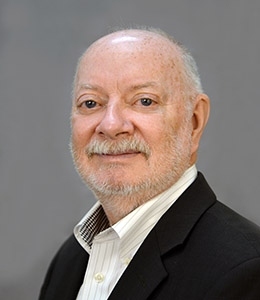 Duane Greenly earned a bachelor’s degree from Bloomsburg State College and a master’s degree from Morehead University in Kentucky. He enjoyed a successful career with Deering-Milliken & Co., BF Goodrich, Newell Rubbermaid, Morgan Door, Barry Controls, and Ames True Temper and continues to work as a business consultant and mentor. He served two terms as president of the Bloomsburg University Foundation Board of Directors. The Greenly Center, BU’s first physical presence in downtown, is named after Duane and his wife, Sue Basar Greenly ’72. Mr. Greenly was honored to be appointed to the Bloomsburg University Council of Trustees by Governor Tom Wolf in 2020. 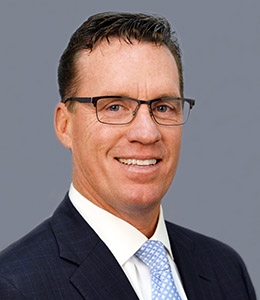 Daniel Klingerman graduated from BU with a degree in accounting and a minor in economics. He owns and operates the Liberty Group, a private equity holding and investment company with his primary focus geared towards the acquisition, development and financing of hotels, restaurants and commercial ventures. Klingerman is also involved in many nonprofit organizations, local boards, and committees focusing on economic growth and job creation. Klingerman currently holds board seats on various nonprofits such as the UPMC Susquehanna Health System, and The First Community Foundation Partnership. Mr. Klingerman was honored to be appointed to the Bloomsburg University Council of Trustees by Governor Tom Wolf in 2020. 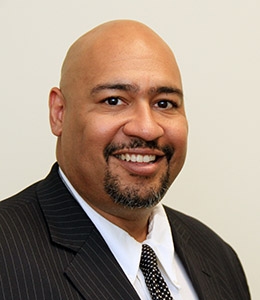 John Wetzel, the former Pennsylvania Secretary of Corrections, began his career in corrections in 1989 as an officer at the Lebanon County Correctional Facility. He transferred to the Berks County Prison, where he was a correctional officer, treatment counselor, supervisor of treatment services and training academic director until becoming warden of the Franklin County Jail in 2002.  He is the CEO of Phronema Justice Strategies, LLC, and will shortly launch a Non Profit focusing on PA county criminal justice programs and national reform work.

Wetzel '98 was appointed as the state Board of Pardons’ corrections expert in June 2007 and confirmed as secretary of corrections in 2011, and retired in 2021 as the longest serving Sec of Corrections in the history of PA. He is the father of four daughters. 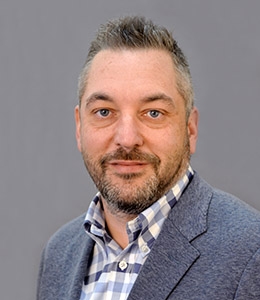 Raymond Zaborney, who earned a degree in political science from BU, is the co-founder of Red Maverick Media, a media strategy group in Harrisburg. He is also the founding partner of State Street Strategies, a lobbying and government relations firm he operates with his wife, Jen. He was named a rising star in Pennsylvania Politics in 2004 by PoliticsPA and was named as one of the nation’s 10 rising stars in Republican Politics by Campaigns and Elections in 2006. Campaigns and Elections Magazine named Zaborney one of the five most influential Republicans in the state. In 2013, Zaborney won one of Central Penn Business Journal’s “40 under 40” awards. He has been named one of the top 17 most influential people in the state by Pennlive.com and as one of the hundred most powerful people in the state by City and State Magazine. Mr. Zaborney was honored to be appointed to the Bloomsburg University Council of Trustees by Governor Tom Wolf in 2020.