Study the social, cultural, and historical constructions of gender and its intersections with other constructions such as race, class, nation, and sexuality.

In order to minor in Gender Studies, You must complete the new Minor Declaration Form available on MyHusky.  For more information, please refer to the GSM bulletin board at BCH 110.

Petitions for Independent Research or Internships

Independent studies, individualized instruction, departmental research and writing courses, and internships can be counted toward the minor if the project, study, or agency specifically reflects the curriculum goals of the Gender Studies Minor upon approval by the advisory board members.

FIVE elective courses—from a minimum of THREE different departments. NOTE: Courses from the Core list can also count as electives. (*Courses with an asterisk carry GEPs)

Christina Francis received her Ph.D. degree in 2004 from Arizona State University. She has served as the Director for the Gender Studies Minor since Fall 2015. She also works as the advisor to English Honor Society Sigma Tau Delta and the English Club. She co-chairs and organizes the annual High School Conference on Diversity which happens every November on the BU campus, bringing high school students from the region to campus for a day of interactive workshops on diversity.

The courses Dr. Francis teaches for the Gender Studies Minor include Feminist Reading of Culture and Popular Literature. Her research focuses on Arthurian literature of the Middle Ages and contemporary Arthurian medievalism. Some of her publications include 1) “Malory’s Bloody Bedrooms” for Arthurian Literature (Boydell & Brewer, 2011) and “Playing with Gender in Arthur, King of Time and Space” for the journal Arthuriana 20.4 (2010). She is currently working on a book-length study of the BBC series Merlin.

Kristie Byrum earned a Ph.D. degree in Rhetorics, Communication, and Information Design (RCID) from Clemson University. With her research on the intersection of communication and corporate social responsibility, she offers insights to the evolving public relations profession. A recognized entrepreneur, she founded several businesses, including three public relations agencies and a venture-funded dot-com company.

She was a visiting scholar to the European Graduate School for Media and Communication in Saas-Fee, Switzerland in 2013 and is accredited by the Public Relations Society of America (PRSA). Kristie Byrum previously taught Women’s and Gender Studies courses at the University of South Carolina Upstate and Clemson University. She holds a B.A. degree in Journalism from the Pennsylvania State University and an M.A. degree in Journalism and Mass Communications from the University of South Carolina.

Elisabeth Culver, Ph.D., R.N., C.N.M., earned her Master’s degree in Nursing and Certificate in Nurse-Midwifery from the University of Pennsylvania. She holds a Ph.D. degree from Marywood University in Human Development, with a specialization in Health Promotion. Since joining Bloomsburg University’s Department of Nursing in 2002, she has taught maternity nursing in the Maternal-Child Health clinical course. She co-developed and taught the Contemporary Women’s Health course, which is part of the Gender Studies Minor.

Culver’s clinical interests are in women’s health, particularly during pregnancy and childbirth. Her research interests include bed-sharing (mothers and infants) and assessment of coping during labor. In addition to teaching undergraduate nursing students, she practices clinically as a certified nurse-midwife and attends hospital births, provides prenatal and postnatal care, and provides well-woman (gynecologic) care to women from puberty through menopause and beyond.

Kelly Dauber received her Ph.D. degree from Springfield College (MA) in Physical Education Teaching and Administration. She came to Bloomsburg University in 2006, and she currently teaches the course, Women in Sport, for the Gender Studies Minor. She enjoys researching and presenting on the female-athlete paradox as well as the double jeopardy faced by women in sport.

Jessy Defenderfer is an Assistant Professor of Political Science at Bloomsburg University. She teaches many of department’s political behavior courses, including Campaigns and Elections, Public Opinion, Women and Politics, and the Democratic Citizenship of Harry Potter. She completed her PhD in the Department of Political Science at The Ohio State University in August 2015 where she focused on the impact of personal value systems on effective framing of political messages. She researches in the field of political psychology, applying psychological concepts to individual voter behavior, particularly the behavior of women and racial minorities. Prior to Ohio State, She completed a Masters of Public Policy at The George Washington University and utilized these skills as a legislative analyst for the Service Employees International Union in Washington, DC, where she had the unique opportunity to campaign for Barack Obama’s 2008 presidential campaign. During these early graduate studies in DC, she also had the opportunity to intern for Congresswoman Diana DeGette (CO-1) and for AARP.

David Heineman earned his Ph.D. degree in Communication Studies with a certification from the Project on the Rhetorics of Inquiry from the University of Iowa and Masters and Bachelors degrees in Speech Communication from Syracuse University. He is an advisor to the Bloomsburg chapter of the Lambda Pi Eta National Honor society and an active member of the National Communication Association. He regularly presents his work at international, national, and regional conferences.

Heineman’s primary research interests are located at the intersection of rhetorical theory and criticism and new media technologies. In 2012, he co-authored the book, Rhetoric Online: The Politics of New Media, for Peter Lang Press and he is currently writing a book for inclusion in the Digital Game Studies series by the Indiana University Press. Other recent scholarship has focused on gender in media, the rhetoric of memes, and digital aesthetics. He also has research interests in visual rhetoric, public memory, social movements, the rhetoric of science and technology, media criticism, narrative theory, and political communication. He teaches classes such as Gender Issues in Communication, Media and Visual Culture, Understanding Social Influence, and Examining Communication.

Thomas Scott Klinger received his Ph.D. degree in Biology from the University of South Florida. His area of expertise is the relationships between nutrition, growth, and reproduction of sea animals, particularly starfish, sea urchins, and sea cucumbers. He taught Human Sexuality and courses in zoology since 1978.

Before joining the faculty at Bloomsburg University of Pennsylvania, Klinger taught at St. Leo College, which draws students from throughout the Caribbean. Teaching and research have led to appointments in Greece, Australia, and Antarctica.

Yahya Laayouni received a BA degree in English Literature and an MA degree in Gender Studies at Mohammed Ibn Abdellah University in Fez, Morocco. He earned his Ph.D. degree at the University of Pittsburgh in 2012.

His primary field of research concentrates on Beur cinema as an emerging genre and on the construction of subjectivity in Beur films. Part of his work focuses on the issue of gender in Beur films, particularly the representations of women and gay Beurs. His theoretical framework is founded on visual alterity, narrative identity, and theories of subjectivity. He is also interested in francophone Arab-Islamic literature and culture and Orientalism.

Jennifer Oast earned her Ph.D. degree in Early American History at the College of William and Mary in 2008. Her book manuscript," Institutional Slavery," forthcoming from Cambridge University Press, examines slaveholding by colleges, free schools, churches, businesses, and the government in Virginia between 1680 and 1860. In the History Department, she teaches survey courses on early American History as well as classes on African American History, the Colonial America, and the American Revolution.

She enjoys working with students as the faculty advisor for History Club and Phi Alpha Theta, the History Honor Society. She also serves on the Social Equity Scorecard Committee, the Board of the Institute for Culture and Society, and the Board of the Frederick Douglass Institute Advisory Committee.

Faith Warner received her Ph.D. degree from Syracuse University in Anthropology, with a graduate certificate in Women’s Studies. Warner has researched how Salvadoran refugee women utilized the power of motherhood and the testimonio as a means of social protest against the atrocities of war, specifically torture and “disappearances”. She also received a Fulbright Robles Garcia grant to study gender and cultural differences in adaptation, traumatic stress, and social support networks in a Guatemalan refugee camp in Campeche, Mexico, focusing on Q’eqchi’, K’iche’, Mam, and K’anjobal peoples.

More recently, Warner has been focusing on the feminization of poverty in the United States and gender differences in college students’ expectations for and changing beliefs relating to gender equality and gender roles. She is a member of the Association for Feminist Anthropology. She teaches Men and Women: Anthropological Perspectives and regularly mentors students in research that addresses gender issues. 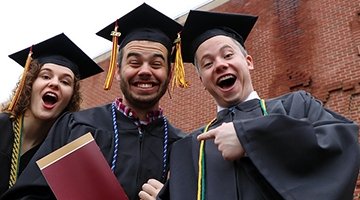 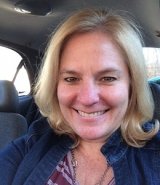