A state-of-the art research and teaching center that integrates business data and technology into the learning experience, to be used by undergraduates of all business disciplines and graduate business students, student groups, faculty, and community groups.

The Benner-Hudock Center for Financial Analysis supports a wide range of activities that complement the classroom experience in a variety of business disciplines, including Finance, Accounting, Management, ITA and others. It facilitates student and faculty research and serves as an important link between the Zeigler College of Business and its diverse stakeholders including alumni, business and community groups.

The center, which opened in 2012, sq 800 square feet and has a 32-plus instructor podium along with a lecture style desk configuration.

When Barbara Benner Hudock ’75 spoke to Bloomsburg University’s May 2013 graduates, she shared 11 Lessons for Life from her 38-year career in financial services and her lifetime of community involvement. The commencement address for nearly 1,300 graduates and their families not only offered guidelines for success, happiness and fulfillment, it also demonstrated the value the CEO and founding partner of Hudock Moyer Wealth Resources (HMWR), Williamsport, Pa., places on the education she received from Bloomsburg University.

The dedication of the Benner-Hudock Center for Financial Analysis in Bloomsburg University’s Sutliff Hall reaffirms Hudock’s belief in the quality of a BU education. It also recognizes the history of philanthropic initiatives established by Hudock, who is joined by her son and business partner, Michael J. Hudock Jr., in their most recent gift to the Bloomsburg University Foundation. The naming of the center combines wishes to honor Barbara’s parents and Michael’s grandparents, Frank J. and Margaret B. Benner, and the ongoing support of BU by the Hudock family.

The Hudock family has a long philanthropic history, both personally and through their firm, of strategic giving focused on support of the arts, education and health initiatives in the community. Previous gifts to Bloomsburg University have provided a Steinway concert grand piano for Haas Center for the Arts, Mitrani Hall, in memory of Barbara Hudock’s father; a study room in Andruss Library; a student lounge in Sutliff Hall, overlooking the Academic Quad; and an auditorium in Warren Student Services Center. She has supported the Celebrity Artist Series and a documentary on MBA leadership. Contributions also have benefited the Presidential Leadership Program and scholarships through the Henry Carver Fund, the university’s annual fund, and she served as chair of the New Challenges, New Opportunities capital campaign in the early-2000s. 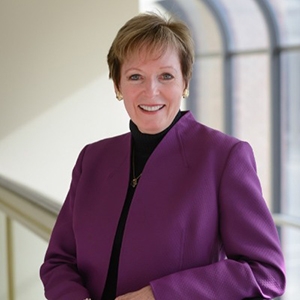 Originally from Charlotte, N.C., Barbara Hudock has lived in Williamsport for more than 41 years. She served on the Bloomsburg University Foundation Board from 1990 to 2005, was named Young Alumna of the Year in 1997 and received the volunteerism award from the Pennsylvania State System of Higher Education in 2002. She was awarded Bloomsburg University’s Presidential Medallion after delivering the 2013 commencement address.

Community honors include: the Governor’s Patron of the Arts Award, Williamsport Community Arts Center Director’s Chair, YWCA of Northcentral Pennsylvania’s Wise Woman of the Year Award and Jerusalem Star Award at the State of Israel Bonds dinner, as well as citations from Congress, the Senate, and the governor. She served as director of The First Community Foundation of Pennsylvania and the Williamsport Lycoming Foundation for eight years and currently is a director for WVIA Public TV and Radio, Susquehanna Health Foundation, and the Woodcock Foundation for the Appreciation of the Arts, Inc. She serves on the Pershing Advisor Solutions Advisor Council and is a past director for the Williamsport Chamber of Commerce.

The CEO and founding partner of HMWR has been consistently recognized within the industry including successive annual inclusion on Barron’s Magazine’s national rankings of the Top 100 Women Financial Advisors. Barbara’s passion for excellence in her professional life is matched with her personal passion to give back to the community in which she lives through ongoing and strategic support of arts, health and education programs and institutions.

She and her husband Mike have two children and two grandchildren. Her hobbies include scuba diving, skiing, yoga and reading. 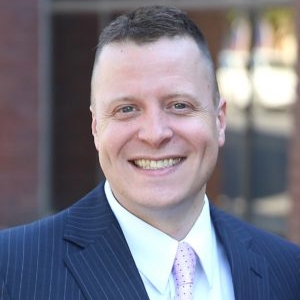 Michael J. Hudock Jr., HMWR president, founding partner and wealth consultant, is responsible for strategic development initiatives. He focuses on advising families and individuals on their trust and estate planning needs, wealth transfer strategies and generational asset management. He has been with HMWR or its predecessor firm since 2003 and previously worked as credit manager for Wells Fargo Bank, Atlanta, Ga.

Michael Hudock earned a Bachelor of Arts with a double major in financial planning and consumer economics from the University of Alabama and is a graduate of the Institute for Preparing Heirs, Malibu, Calif. He serves on the board of trustees for the Williamsport Symphony Orchestra and the board of directors of the Penn College Foundation. An active volunteer with the Susquehanna Health System, he is a member of the John F. Laedlein Lodge Number 707 of the Ancient Accepted Scottish Rite. He supports local organizations, including the American Cancer Society; James V. Brown Library; The Gatehouse, Susquehanna Health System’s Hospice Unit; Habitat for Humanity; YWCA; Williamsport Symphony Orchestra; and The Uptown Music Collective through the Hudock Moyer Charity Classic Annual Golf Tournament.

Bloomberg is the leading global provider of financial data, news and analytics. The Bloomberg Professional service and Bloomberg's media services provide real-time and archived financial and market data, pricing, trading, news and communications tools in a single, integrated package to financial and legal professionals, corporations, news organizations, and individuals around the world.

StockTrak is a market and portfolio management simulation system that allows individual students or teams to trade against the market and each other. This software application enables participants to automate, simulate, and optimize their trading strategies under “live” market conditions, but without real financial risks. StockTrak features real-time executions and streaming portfolio updates and rankings; customizable registration fields and ranking; for Administrator -- class summaries and statements and for students – streaming portfolio profit/loss statements during market hours. StockTrak staff performs daily audits to insure accuracy.

Used primarily in our upper-level Management courses, The DecisionTools Suite is an integrated set of programs for risk analysis and decision making under uncertainty that runs in Microsoft Excel. The DecisionTools Suite includes @RISK for Monte Carlo simulation, PrecisionTree for decision trees, and TopRank for “what if” sensitivity analysis. In addition, the DecisionTools Suite comes with StatTools for statistical analysis and forecasting, NeuralTools for predictive neural networks, and Evolver and RISKOptimizer for optimization. All programs work together and integrate completely with Microsoft Excel for ease of use and maximum flexibility.

The Bloomsburg Investment Group (BIG) is a Bloomsburg University of Pennsylvania student organization.

Members of BIG are dedicated to the advanced educational experience derived from research, market analysis, portfolio management, and equity analysis. BIG strives to educate its members in fundamentals and advanced investment theories and bridge the gap between classroom lectures and real-world application. 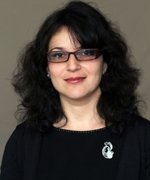