Forensics is a co-curricular competitive speech and debate program housed in the Political Science Department at Bloomsburg University, supported by funds from the Community Government Association, our student government.

“Forensics,” from the Latin “forensus” means “forum” or a place to find the truth.  The ancient Greeks used to gather in forums to hear debates as a form of entertainment and to learn the truth. Today, forensics is mostly associated with police work and crime scenes, but its origins are really with speech and debate.

All BU students are welcome to join the team and no experience is necessary. We have students from a variety of majors on the team. It is the only co-curricular academic activity on the BU campus that will allow students to earn academic credit per semester that counts toward graduation (if you choose to) just for participating. Students interested in receiving credit for the forensics experience must register for the forensics practicum (Intstudy-108-01) and compete in at least three speaking/debate events per tournament for three tournaments. Forensics can help you become a better communicator, be more organized, and improve your life skills! Forensics is also lots of fun!

The Forensics Team travels to other colleges and universities throughout the United States where we compete against other universities.  We have traveled to Montreal, Canada, Baltimore, Ocean City, Maryland, Virginia, West Virginia, and New Jersey.  There is also plenty of time for sight-seeing at each tournament.

Students at a typical tournament will give their speech (informative, persuasive, communication analysis, After-Dinner) or oral interpretation of literature reading (prose, poetry, dramatic duo) twice during the weekend.  Each speech is given in a classroom in front of a qualified judge and maybe 3 or 4 other student competitors.  All students will receive written comments from the judge at the conclusion of the tournament.  Transportation, housing, and meals are provided to all BU students who participate on the forensics team.

You can turn one of your college research papers or speeches from public speaking into a tournament-ready speech.  If you enjoy arguing with friends, you may have the talent to become a debater.  If you enjoy theater, perhaps you can perform a prose or poetry reading or interpret a cutting from a play.  There are events for everyone!

All students are eligible to sign-up for the forensics practicum course (Intstudy 108) each semester. Students who sign up for the Forensics Practicum may earn 1 academic credit per semester. Students enrolled in the course must compete in at least 3 speaking/debate events per tournament at three tournaments per semester. Students who elect to join the team without taking the forensics practicum must compete in at least one event at their first tournament and must participate in at least two events at their second tournament. From their third tournament on, students must compete in at least three events per tournament. Students may join the team and not sign up for the Forensics Practicum credit. The general philosophy guiding our team is that forensics should be an educational activity in which students enhance their oral communication skills, rather than an emphasis on winning awards. The goal of BU Forensics is to help students become better communicators, enhance critical thinking skills, and to be attentive audience members. BU Forensics is open to all BU students of all majors and abilities.

Student members are required to obtain the approval of the student coaches or the Director of Forensics before attending a tournament. There are 2 work-study students who are on the team and are paid to help coach their peers in forensics events.  The work-study assistants are generally junior or senior members of the forensics team.  The Director of Forensics also coaches students on the team on an appointment basis. All students must attend weekly meetings to practice and improve their speeches/pieces in order to receive approval to participate in forensics tournaments.

The classes offered in support of Forensics are offered in the Communication Studies Department.  These classes include argumentation, Public Speaking, and Oral Interpretation. No scholarships are currently offered for membership on the BU Forensics team. However, students receive free housing, transportation, and subsidized meals while traveling to and from forensics tournaments. 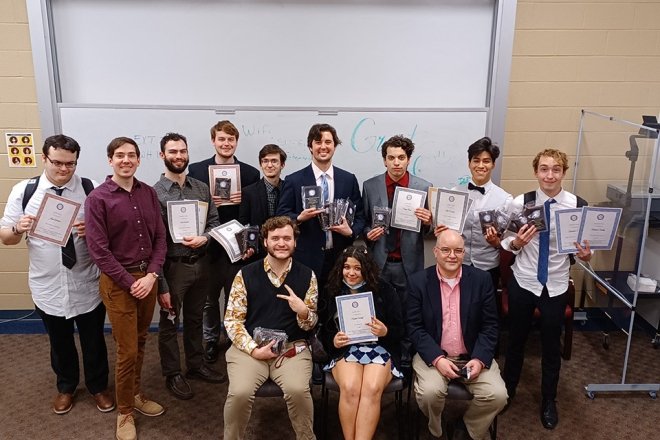 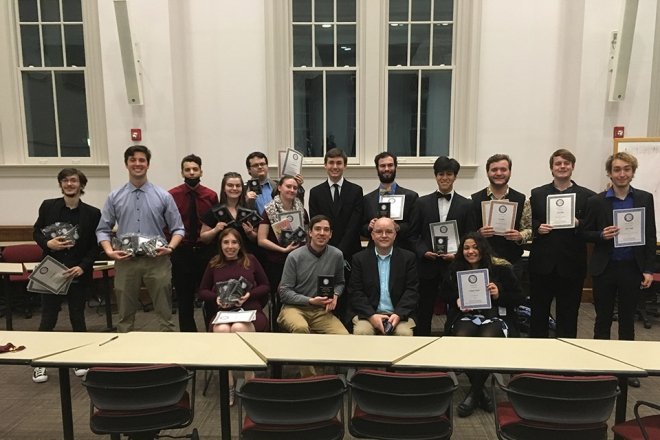 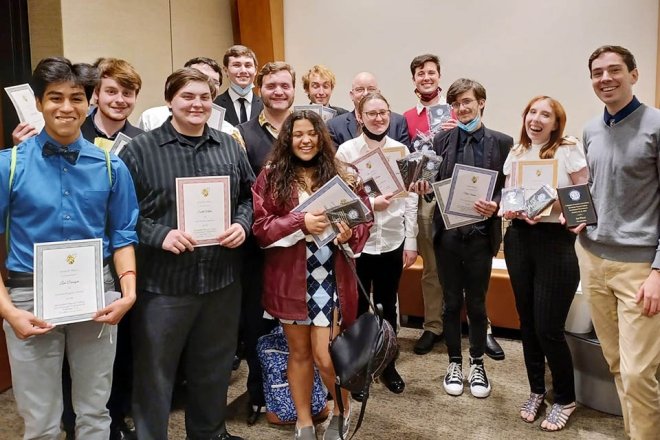 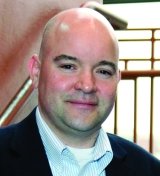