Junior education major assisted student who suffered a seizure and had fallen down.

When Bloomsburg University student Alan Bergey left the Husky Lounge a few weeks ago, there was no way to anticipate the series of events that followed, resulting in his earning of the Husky Hero Award from the Dean of Students Scott Kane.

Bergey, a junior secondary math education major from Quakertown, earned the Husky Hero Award in recognition of his assisting of a student who had fallen outside of Kehr Union and suffered a seizure.

"As I was leaving the building, I saw a girl who was walking down the steps fall over," said Bergey, "I thought it was strange, and when I approached her to see if she was okay, noticed that she was having a seizure. Immediately I put my bag under her head and rolled her onto her side before calling for someone to help call 911. I stayed with her until the ambulance arrived."

Bergey has not heard from the student since the incident. However, the Bloomsburg University police officer Kenneth Eagan who was first on the scene, has informed him that she was doing okay.

"I am so proud of how Alan reacted in this situation," said BU President Bashar Hanna. "This is another great example of Huskies helping fellow Huskies. We are a stronger and more caring community because of people like Alan Bergey."

Although no longer certified, Bergey cites his CPR training he received at his YMCA when he was younger as to why he was able to help the student.

Bergey was extremely humble about his involvement in the situation. "I like to think that anyone there would have done the right thing in that situation," said Bergey, "but I was simply in the right place at the right time." 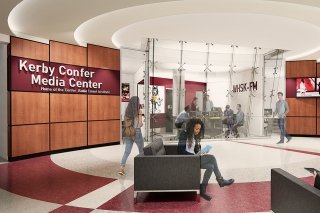 Gift will create the Kerby Confer Media Center for students. 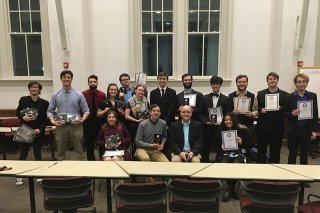 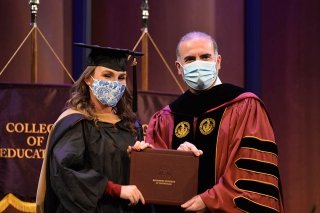 BLOOMSBURG — Bloomsburg University of Pennsylvania will celebrate its 2021 Fall commencement on Friday, Dec. 10, and Saturday, Dec. 11, with in-person ceremonies in Haas Center for the Arts, Mitrani...