Bloomsburg University of Pennsylvania will hold its Spring 2022 Commencement ceremonies on Friday, May 13, and Sunday, May 15. In all, nearly 1,500 graduates will receive diplomas during three ceremonies. Only individuals holding tickets to the event will be admitted with each graduate given four tickets.

The School of Graduate Studies commencement will be Friday, May 13, at 6 p.m. in the Haas Center for the Arts, with degrees conferred on 191 master's students and 13 doctoral candidates.

The speaker for Sunday's morning event will be Kerby Confer, while the afternoon speaker is Ronn Cort. Both men will be awarded honorary Doctor of Commercial Science degrees. 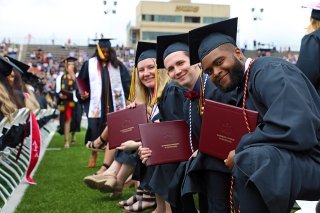 Bloomsburg University held its Spring 2022 Commencement ceremonies on Friday, May 13, and Sunday, May 15. In all, nearly 1,500 graduates will receive diplomas during three ceremonies. The School of... 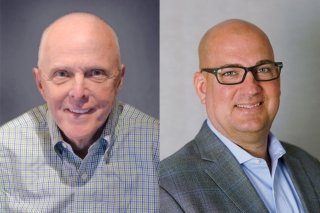