If you thought that a state government office recruiting from the PA State System of Higher Education sounds like a common-sense solution to a staff shortage problem, you’d be right. Especially in an industry that is often viewed as overly bureaucratic.

According to Hayden Rigo, Deputy Chief of Staff of the Department of the Auditor General, recruitment has been a top priority for the

office for some time. As a state agency, their preference lies with state grads, but often, college students don’t know much about state government. To help the effort, Rigo said that education is critical.

“Why not create a pipeline between the state system and state government by educating students on what our office does?” explained Rigo. It’s essential to keep those students in the commonwealth.”

To do this, the office became a familiar organization on campus, meeting students and discussing the advantages of a state job, like work-life balance and public service. They have also listed open positions in Handshake, the career management platform used by BU.

“I didn’t know then what public service was like [when I was a student],” explained Rigo. “You don’t know what you don’t know. I’m happy to get up and come to work and excited for the next day when I leave.”

Rigo says that the grit that so many Huskies exhibit during their college careers often translates well into the skills they look for in new hires, like being able to take criticism and work on a team. He says people also tend to find the variety of audit bureaus attractive as the office works to ensure that every entity that accepts state funding spends appropriately on behalf of the taxpayer.”

“We look for people who want to get better and work hard,” explained Rigo. “I’ve seen a lot of student engagement, especially from Bloomsburg. [The Auditor General’s Office] is a great place to grow and see your impact on the community.”

The department is looking to expand its internships to finance and accounting majors in the future, and Rigo is adamant that BU will remain a valued partner.

“We can only grow from here, and we’re excited about that,” Rigo concluded. “We value the relationship and partnership we’ve made with BU. We look forward to connecting with more students.”

If you are interested in recruiting BU students, please email hireahusky@bloomu.edu 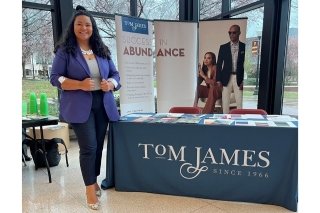 What started with a relationship between a BU professor and a company VP has grown to regular recruitment of BU students for the Tom James Company. It was Dr. Monica Favia and the BU Sales Competition... 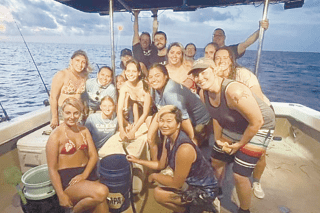 Article originally appeared in the Juniata Sentinel, a weekly newspaper in Mifflintown, Juniata County, on March 9, 2022. 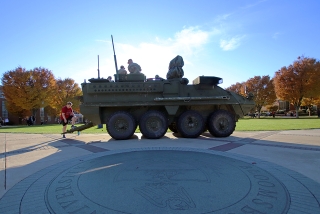 Bloomsburg University is one of 57 colleges and universities earning the Pennsylvania National Guard Associations' (PNGAS) Guard-Friendly School designation for 2022.