Ralph Godbolt, director of Act 101/EOP, was inducted as an honorary member and served as the ceremony’s keynote speaker. Megan Mericle, chapter vice president and treasurer, led the introduction of the new members.

Hahmier Booker, chapter president, opened the ceremony and provided a historical look at Chi Alpha Epsilon, which was founded in 1990 at West Chester University in response to the increasing need to acknowledge the continuing successes of students in the university’s academic development program.

Program directors at colleges and universities across the country have hailed the society’s formation, and in 1996 the National Association of Developmental Educators endorsed Chi Alpha Epsilon as the Honor Society for developmental program students. 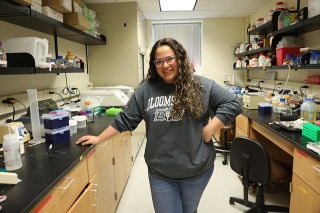 This month, Oriana Balascio fresh off earning her master’s degree in biology begins the next leg of her journey to becoming an osteopathic physician — a path kickstarted from an Honors class presentation in her freshman year at Bloomsburg University. 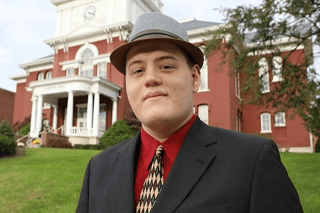 Junior to have paper published in Academic Journal and also receives $5,000 scholarship from Association of Certified Fraud Examiners