Bloomsburg University ROTC cadet Nicholas Correll had an idea one day while sitting in his geographic information system (GIS) class. Instead of driving 30 minutes for ROTC land navigation trainings, why not just create an orienteering course on upper campus?

Orienteering is a race using a map and compass for navigation on an unfamiliar course. This would help not only the ROTC program but the Department of Environmental, Geographical, and Geological Sciences as well, as it would be able to use it for compass-based orienteering map in its EGGS 242 map use and analysis classes and in EGGS 360 for a GPS-based orienteering exercise, according to Jeff Brunskill, associate professor of environmental, geographical and geological sciences.

Correll told Brunskill about his idea and just like that the project was underway. Brunskill soon enlisted the help of the rest of the EGGS department and GIS student worker, Patrick Martin.

Correll worked with Brunskill to design and install the metal signage and choose locations on upper campus fitting for the course. Martin focused on GIS and associated mapping software to develop an orienteering map.

With so many different individuals involved, the project not only helped Correll get more practice with land navigation, it also helped him work on his project management skills.

“Working with multiple departments and working with Dr. Brunskil, on things such as sign design, definitely helped me with my management skills,” Correll said.

Martin, on the other hand, had no previous orienteering experience, so the project really gave him familiarity with digital art and cartography.

“I got into GIS for the research side, but it is of course very important to be able to display information neatly so that the reader is able to understand,” Martin said.

Correll and Martin plan on using their skills in their future endeavors. After graduation, Correll will head off to military training as a chemical officer and then continue on to airborne school. Martin plans on moving to Arizona to pursue a job in GIS. 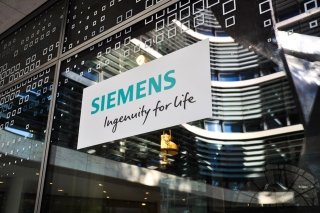 Commonwealth University students from the Bloomsburg campus are making an impact as interns at the national software powerhouse Siemens Digital Industries Software. Over the last three years, three... 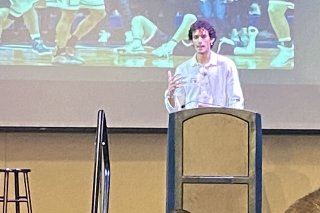 Mid-Atlantic LGBTQA Conference gets back in the “Gayme”

On Saturday, Nov. 5, the Commission for Gender and Sexuality at Bloomsburg hosted the annual Mid-Atlantic LGBTQA Conference in person for the first time since 2019 (the 2020 conference was held online... 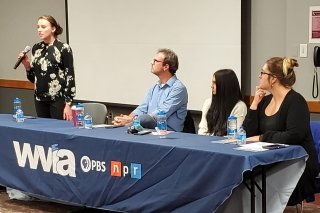 The Bloomsburg community shone a light on the issue of suicide Thursday evening, Nov. 10, with the panel discussion and screening of the film "Facing Suicide." Each year tens of thousands of Americans...