To the average person, mathematics is a mystery. But its application to everyday life is very important. It’s what has driven Bloomsburg University graduate Chase Sakitis to spend the past year pursuing his doctorate at Marquette University.

After taking a year and a half off after finishing his degree in mathematics at BU, Sakitis decided to begin his post-graduate studies at Marquette University in Milwaukee with a Master of Applied Statistics. Shortly after finishing his master’s degree, Sakitis was asked to stay for his Ph.D. and join his advisor, Dr. Daniel Rowe’s, and Clemson professor Dr. Andrew Brown’s research project. “I was a little surprised that he asked me to join the project,” Sakitis said, “It was just great that he thought highly of me enough to be joining this project.”

Sakitis said that his time at BU helped prepare him for where he is today in his studies. “The math department did very well with preparing me," said Sakitis.”The classes that Bloomsburg had to offer gave me a very strong background in what I was studying here.”

“Bloomsburg professors were very helpful,” said Sakitis, “especially Dr. (Mehdi) Razzaghi, giving me an opportunity to work on an independent study with him.” Even though they didn’t finish the work they did together at BU, it gave Sakitis the opportunity to know what it was like to work on research.

Currently, Sakitis is working on research in Bayesian statistics and fMRI image reconstruction. His research involves converting subsampled spatial frequencies, which are collected during the imaging process, into images using a mathematical process called Fourier transformations to show brain activity.

“With MRI machines, when they take these images, it's not actually a giant camera that takes a picture, and that's what comes up on the screen,” Sakitis explained. “There's a lot of physics behind it, and magnetization. Basically, the physicist collects these frequencies, or as they're called, spatial frequencies. As a statistician, or from the mathematical part, we turn these spatial frequencies into images. You can, for example, if you're trying to look at someone's brain, which is what I'm working on, turn the frequencies into an image through mathematical processes called Fourier transformations.

“I’m trying to work on a new method to turn those frequencies into actual images in a quicker fashion, because MRIs, they could take anywhere from 45 minutes to two hours,” explained Sakitis.

Sakitis is projected to finish his Ph.D. in 2024. After finishing his doctorate, Sakitis is considering either continuing in academia and becoming a professor or pursuing research at a medical school to continue his work in neuroscience. 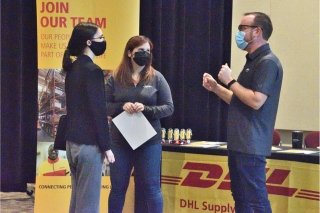 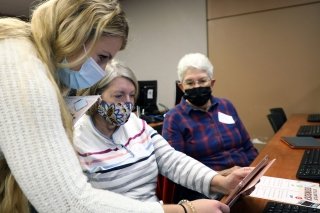