The Huskies claimed the 2021 PSAC crown after three-straight shutout victories throughout the tournament. Sophomore Alexa Ryan (Macungie, Pa./Emmaus) played every minute of the tournament in goal for the Huskies, and her shut out in the championship game was her 14th of the season – setting the BU women's soccer record for most clean sheets in a year. The previous record was established in 2019 by Jenna Hawkins after her impressive final season with the Huskies.

After nearly 90 minutes of nil-nil soccer, junior Abby Groff (Sellersville, Pa./Pennridge) provided the fireworks for the Huskies. Graduate student Natalie Holmes (Laurel, Md./Archbishop Spalding) sent a high pass over the Marauder defense, and Groff got her head on the ball as she was diving and found an empty net to give the Huskies a 1-0 lead with 1:48 to play in regulation. The Marauders did everything they could in the waning minutes. Still, the Bloomsburg defense continued to spoil any chances, and the Huskies celebrated at 2021 PSAC Champions as the final horn sounded. 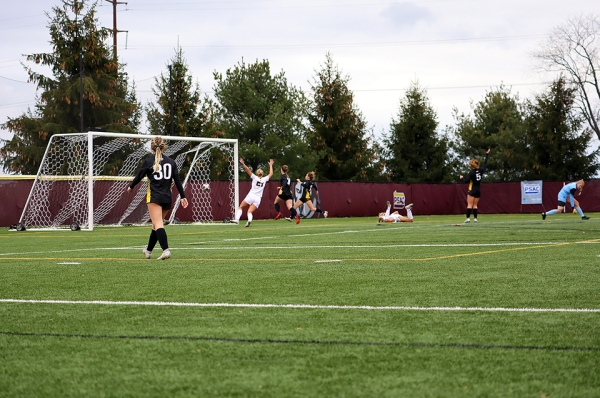 Both offenses came out quickly in the first half but had little to show for it as sophomore Lauren Bull's (Bloomsburg, Pa./Central Columbia) initial shot of the game at the 1:49 mark was blocked, and The Huskies blocked savannah Rennix's first shot for the Marauders. Rennix put the first shot on net of the game at the 13:23 mark, but Ryan made the save, and the game continued.

After the 15-minute mark, Bloomsburg took control of the game and dominated in the Huskies' offensive half. Freshman Erin Ranegan (Wilmington, Del./Conrad School of Science) and Bull each got a shot off while Groff put a shot on net for the Huskies that was stopped by the Millersville goalie, Reagan Kolinski. The Huskies had back-to-back corner kicks in the final 10 minutes of the first, but Millersville cleared any scoring threat and kept the Huskies off of the board. Freshman Kennedy Kilchrist (Southampton, Pa./Villa Joseph Marie) ripped a shot in the 41st minute but was stopped by Kolinski, and the two teams settled for a 0-0 score at halftime.

Senior Helen Flynn (Allentown, Pa./Parkland) got the Huskies' offensive going in the second half as they picked up right where they left off. Flynn headed a shot at the goal, but it went just high, and Groff's next attempt was turned away by Kolinski.

Bloomsburg out-shot the Marauders 18-4 for the game but held a dominant 10-2 advantage in the second half. The Huskies continued to pressure the Millersville backline, and the Marauders were up to the test. With about 21 minutes to play, Kilchrist had an open net in front of her, but her shot sailed just wide. After a pair of Bloomsburg fouls moved the ball down the field for Millersville, the Marauders had one of their best chances to take the lead in the 85th minute. Rachel Leisher put a shot on the net through traffic, but Ryan made her second save of the game, and Taylor Pogachar's follow-up shot went over the crossbar.

After a throw in on the near sideline in front of their bench, the Huskies kept the ball in their offensive half. Flynn passed it back to Holmes, and she put it into the box for Groff's game-winner. For the game, the Huskies out-shot Millersville 18-4 and held a 6-1 advantage in corner kicks. The Huskies improved to 15-4-2 on the year while the Marauders ended the season at 9-8-4.

Following the contest, Holmes was named the Tournament MVP. She finished the week with three assists and anchored the Bloomsburg defense, which posted a shutout in all three games. The defense allowed just 11 shots total in the three games and just five shots on net. Opponents had just three corner kicks, one in each contest, against Bloomsburg in the PSAC Tournament.

As the PSAC Champions, the Huskies earned the conference's automatic bid to the NCAA Tournament. The NCAA Women's Soccer Selection show is slated for Monday, Nov. 15, at 6 p.m. on NCAA.com. The Huskies will learn their opponent and where they're headed at that time. 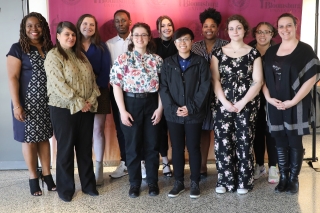 The Frederick Douglass Institute for Academic Excellence at Bloomsburg recognizes students for their work through its second annual Creative Expressions Competition. The theme was “Excellence Through... 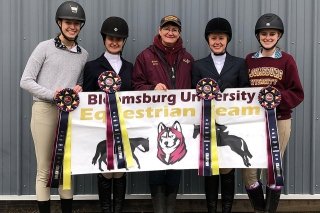 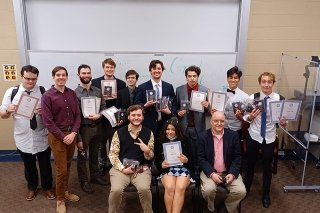