BU was founded at a spot on a hill where education would be accessible, work ethic would be non-negotiable, and Huskies would always have a home.

Once a Husky, always a Husky. Which is why you'll see BU graduates coming back to where it all started and providing opportunity to the next generation of leaders from Bloomsburg.

The Advancement Division’s goal is to serve the campus as a trusted partner bringing expertise to maximize relationships and resources that amplify the University’s ability to achieve its mission. We do this by telling the university’s story, and by providing experiences and opportunities that connect, cultivate and steward our community members.

About the Greenly Center

About the Bloomsburg University Foundation

Duane Greenly ’72 has journeyed through the manufacturing world, turning around companies with his strong leadership, inventive know-how and patented products. — by Jack Sherzer, photographs by Eric Foster

The long-handed spade depicted on a small plaque in Duane R. Greenly’s office looks like someone took a bite out of its tip. But that sharpening notch designed to cut through roots while digging is the feature that sets one of Ames True Temper’s newest products apart from other shovels.

The patent Greenly received for the “Root cutting round point” shovel is testament to the hands-on involvement of a leader who, since his arrival in 2002, has grown the landscaping product company to a market leader with almost a half billion dollars in annual sales.

The patent also pays tribute to the 60-year-old scientist and product developer who takes the designs and applications he helps create to the next level, where they are manufactured, shipped and sold to customers.

Coatings for fabrics used in shoes and on boats, quality hardwood doors and specialty rubber mounts that dampen vibrations—different products in different businesses that Greenly ’72 had a hand in creating and selling in a career spanning more than 30 years. With a quiet intensity, Greenly talks about how he turned around Ames True Temper and two earlier companies. There’s been luck, but success comes down to following core beliefs about the importance of preparation, attention to detail and honesty.

“People who prepare, win,” Greenly says. “People who think they can fly by the seat of the pants will ultimately crash. That’s something I believe in.”

Greenly was no stranger to the business world while growing up. His father was a commercial roofing contractor who ran a host of side businesses, including car washes, laundromats and a trampoline center. If Greenly, his sister or two brothers wanted spending money, they earned it by helping out.

He and his brother, Larry, went to Bloomsburg, where Greenly majored in chemistry, completed student teaching, ran track and met his wife, the former Susan Basar ’72, a special education major. The couple has a son and daughter.

Greenly credits his father with convincing him to pursue math and science. After Bloomsburg, he earned a master’s degree in organic chemistry from Morehead University in Kentucky and his science background led to his first job with the huge textile manufacturer Deering-Milliken & Co. (now Milliken & Co.) at the company’s research center in Spartanburg, S.C.

Synthetic fabrics were just coming out and techniques were being perfected to allow the fabrics to hold dyes. At Deering, one of Greenly’s successes was figuring out a way to irradiate the fabric with a plasma light, giving the fabric and dye opposite electrical charges so they would bond. The technique was especially useful for keeping dye from bleeding when the fabric was exposed to moisture, important for two of its main uses, the lining of shoes and canvas boat covers.

When it came time to move the process from the lab to the factory floor, Greenly went along, transferring from the research center to a plant in New England. “I really like the manufacturing, and I was three years into my career when I went to the plant manager and said, ‘If an opening ever shows up, I would love to have an opportunity.’

Greenly stayed at Milliken almost six years before going to BF Goodrich as a senior engineer. One of Goodrich’s clients, Kimberly Clark, was introducing disposable diapers, and Greenly worked on the elastic that kept the diaper close to the baby’s leg. Again, he found himself on the same trajectory as at Milliken — he developed the technique and then continued to oversee the actual production. In more than three years at Goodrich, he became a troubleshooter, helping solve various production problems at different plants.

Then he got a call from a headhunter with an opportunity to work for Newell Rubbermaid as director of quality assurance and manufacturing engineering. When he started in 1981, the Freeport, Ill.-based conglomerate had just three divisions; it had 19 when Greenly left 16 years later. During his time with Newell he helped bring acquisitions into the corporate family, sharpening his talents in turning around problem businesses.

Skilled on the operations side, Greenly forced himself to learn about marketing and customer relations. “If you want to truly lead, you have to know all aspects of a business. You end to be comfortable with some aspects and uncomfortable with others. But if you avoid the aspects you’re uncomfortable with, then you’re probably limiting yourself.”

Greenly rose to vice president at one of Newell’s divisions and had every expectation of moving higher when he got a call asking him if he’d like to be the boss of a failing door manufacturer. Morgan Door in Oshkosh, Wis., was being taken over by a private equity firm. It was a chance to bet on himself and run his own business — just as his dad had done. But this was no sure thing.

Private equity partners, Greenly explains, have short time frames. They buy a place with plans to turn it around within two or three years and then re-sell. Top management gets a piece of the ownership pie — a piece that becomes very valuable if the turnaround is successful and the company is sold for millions more than its purchase price.

Greenly turned Morgan Door around in two years and then was asked to join another turnaround effort. This time it was a Boston company, Barry Controls, which made vibration dampening mounts, such as rubber fittings to lessen the vibrations transferred from an engine to a frame. Once again, he turned the company around in less than four years and saw his ownership stake grow into “a very good payday—I’m almost embarrassed, it was so good.”

For about six months before leaving Barry, Greenly and a colleague from Newell Rubbermaid, Rich Dell, had been checking out Ames True Temper for another equity partnership, Wind Point Partners. Ames bought its longtime competitor True Temper in 1999 and both were still nipping at each other’s heels. The current owner, U.S. Industries, wanted to sell the dysfunctional setup that was slowly losing market share to lower-priced imported goods.

“They were two businesses that were, all of a sudden, supposed to play nice with each other ... and weren’t. There was a headquarters in Parkersburg   W.Va., and a headquarters in Camp Hill. Duplication everywhere, extra facilities and infighting,” Greenly recalls. “The company was just spinning its wheels.”

So in 2002, Dell came on as CEO of Ames True Temper overseeing sales and marketing; Greenly, as chief operating officer, set about putting the house in order. Gone was the Parkersburg headquarters. The company started joint ventures in China to remain competitive and took over competing businesses to grow market share. In 2008, Dell retired and Greenly became president and CEO.

Numbers tell the story of the success: Wind Point bought the company for $160 million and
sold it to another venture capital firm, Castle Harlan Partners IV, for $390 million. And in September 2010, Castle Harlan sold the company to its current owner, Griffon Corp., a New York-based manufacturing conglomerate, for $542 million.

“He is an excellent operator,” says Bill Pruellage, co-president of Castle Harlan. “He did a great job improving productivity and leading our company operations. And, ultimately, as chief executive officer, he contributed to very strong performance and grew earnings significantly.”

Today, Greenly continues what he does best, nurturing new products by rewarding employees who come up with new ideas, listening to focus groups of gardeners and professional landscapers and seeing what companies can be brought into the Ames True Temper family to grow market share. He’s still very hands-on: he recently received another patent for a two-handed, ergonomically designed snow shovel called the SnoBoss, designed to do the work of a conventional snow shovel, pusher and snow sleigh in one tool.

Though the recession slowed business, Greenly takes pride in not laying off any employees and continuing to give raises. He’s also proud of the company’s line of products manufactured completely in the U.S. and the “eco gardener” line made from recycled steel with solid handles of bamboo, a quick-growing grass that provides an alternative to wood.

As for the future?

Greenly says he enjoys his work and plans to “keep working as long as I’m still having fun and the owners want me.” He takes pride in his company’s interaction with the community, hosting a golf tournament that last year raised $279,000 for area charities. Greenly also encouraged Castle Harlan to chip in $100,000 for a community garden he wants to create on a field adjacent to the Camp Hill headquarters—an idea to help various groups, as well as show off his company’s wares.

“It’s not hard to work hard if you like what you’re doing. You have to find what you like,” Greenly says. “I consider myself very normal; I don’t have any special talents, I just work hard.” 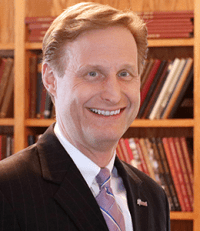 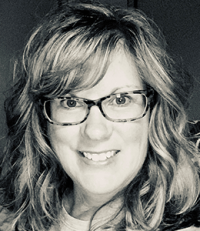 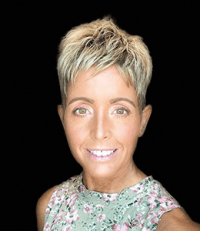