Our McDowell Institute supports the facilitation of social, emotional, and behavioral wellness of children, youth, and young adults across school and community settings. This mission is accomplished through training, technical assistance, and information dissemination.

The Institute’s initial focus was to incorporate instruction in Positive Behavior Support into Bloomsburg’s educator preparation curriculum. This has been accomplished by situating an array of value-added learning experiences for all education majors starting at the onset of their enrollment (e.g., freshman year) up through program completion (e.g., graduation following completion of student teaching). Since inception in 2012, more than 1,000 undergraduate and graduate pre-service educators plus Bloomsburg faculty and staff have participated in numerous and distinct professional development events on campus associated with facilitating social, emotional, and behavioral wellness in PK-12 students.

In recent years, the McDowell Institute has further expanded its outreach and impact with PK-12 students through partnership initiatives beyond campus. The Institute continues to be highly visible as a resource to local schools through regional partnerships (e.g., Greater Susquehanna Valley United Way) and at the state level through collaboration with state level partners including the Pennsylvania Training and Technical Assistance Network (PaTTAN), Office for Safe Schools and the Office of Mental Health and Substance Abuse Services (OMHSAS).

The McDowell Institute is currently operating more than 40 interrelated initiatives in play to facilitate social, emotional, and behavioral wellness of children, youth, and young adults across school and community settings.

Students will be able to take any of the micro-credentials at anytime throughout the year at their own pace. For more information or to access a micro-credential contact Danielle Empson (dempson@bloomu.edu).

What is a Micro-credential?

A micro-credential is a short, competency-based recognition that allows an aspiring educator or related human service provider to demonstrate mastery in a particular area. McDowell Institute micro-credentials are grounded in research and best practice and designed to be:

What is required to become Micro-Credentialed?

Micro-credential Specialized Areas of Interest — After completion of the pre-requisite core components students identify their specialized area(s) of interest. The projected time commitment to complete any selected micro-credential area ranges between 8 – 10 hours.

Social and emotional learning is the process through which children and adults acquire the knowledge, attitudes, and skills necessary to understand and manage emotions, set and achieve positive goals, feel and show empathy for others, establish and maintain positive relationships, and make responsible decisions. Social and emotional skills are critical to be a good student and citizen. Extensive research, including a meta-analysis of 213 studies, has shown that programs designed to promote social and emotional competence in students produce important outcomes, including improvements in standardized academic test scores (Durlak, Weissberg, Dymnicki, Taylor, and Shellinger, 2011). In addition, social and emotional learning has been associated with reduced problem behaviors including conduct problems, drug use, and violence (e.g., Botvin et al., 1995; Farrell and Meyer, 2001). The cost effectiveness of these approaches has also been established in a recent report finding that programs designed to promote social and emotional competence produce, on average, a benefit to cost ratio of 11:1 (Belfield et al., 2015).

Social, emotional and behavioral skills develop in the context of social relationships and within school and classroom contexts, where children learn, apply and practice the skills of self-awareness, self-management, interpersonal awareness, relationship skills and decision-making. Because this type of skill development is influenced by the culture and climate of the school and classroom (Bradshaw, Koth, Bevans, Ialongo, and Leaf, 2008; Thapa, Cohen, Higgins-D’Alessandro, and Guffey, 2012), it is important that educators and school leaders attend to school-wide routines, habits, and practices that reinforce a positive school climate, while also teaching the social, emotional, behavioral, and cognitive skills that undergird positive youth development. The application of multi-tiered logic through application of the Positive Behavior Intervention and Support framework serves as a highly viable approach for schools to address social, emotional and behavioral wellness of their students.

According to the Center for Behavioral Health Statistics and Quality (2015), approximately one in five children currently have or will experience a severe mental disorder. However, due to an array of reasons, only 40 percent of individuals with mental disorders receive treatment in any year. For people who do experience mental health disorders, most experience their first symptoms before young adulthood (half with onset of symptoms by age 14). It is further reported that close to half of these students will likely drop out of school. A little over one in five (22.2 percent) adolescents between the ages of 13-18 experience a mental Even more alarming is that the median age of the onset of anxiety disorders (one of the most common disorders that appear during childhood) is seven years of age (National Institutes of Mental Health, 2014). Substance abuse or dependence is the most commonly diagnosed disorder for young people, followed by anxiety disorders, depressive disorders, and attention deficit hyperactivity disorder.

Depression, like other mental health disorders, appears on the rise in school-age students. According to the Johns Hopkins School of Public Health (2016), the rate of adolescents reporting a recent experience with depression has grown by 37 percent over the past decade, with one in six girls reporting an episode of clinical depression within the past twelve months (Mojtabai, Olfson, and Han, 2016).

Further alarming is the fact that suicide is the second leading cause of death among adolescents and young adults (Center for Disease Control and Prevention, 2013). Given the amount of time children and adolescents spend in school, coupled with the proportion of students that have mental health challenges, it is not surprising that educators (and in particular teachers) are on the front line to notice challenges, and, in turn, implement evidence-based prevention and intervention programs. Adverse Childhood Experiences (ACEs) are traumatic events that can have negative, long-lasting effects on learning, health, and well-being over the lifespan. Trauma, in particular, is commonly viewed as one of the most powerful risk factors associated with mental health disorders and is directly linked to suicide risk (National Alliance on Mental Illness, 2015). Looking further into the prevalence of specific mental health disorders associated with (at least in part) childhood trauma, the data is compelling as it pertains to the importance of educators receiving training in trauma informed approaches to instruction.

The previously noted prevalence data further highlight the important role that educators play in supporting social, emotional, and behavioral wellness in students. Students with mental disorders such as, but not limited to, depression are at greater risk for a variety of unhealthy behaviors when compared with their developmental peers. Students with depression are less likely to participate in school activities, are more likely to skip class or miss time away from school, disrupt classroom activities, and engage in risky behavior such as using controlled substances, and are at greater risk to attempt suicide.

This becomes further complicated in that many youth also experience co-occurring mental health disorders. For example, a youth with an anxiety disorder may also develop depression, or a student who is depressed may abuse alcohol or other drugs perhaps in an effort to self-medicate.

The increasing presence of such mental health disorders in tandem with the rising rates of youth suicide in the Commonwealth was publicly acknowledged in 2014 and prompted the passage of Act 71 by the Pennsylvania General Assembly that same year.

Act 71 codified school-based suicide prevention in the Commonwealth of Pennsylvania. Commencing in the 2015-16 school year, the following requirements were in effect.

The PA Career Ready Skills: PA CRS (2018) illustrate the requisite skills that promote success in school, the workplace, and life. Such skills include goal setting, self-managing behavior, building positive relationships, communicating clearly, and resolving conflicts effectively. Research indicates that programs and policies designed to promote employability skill development among children and youth result in students’ improved academic achievement, resiliency, and improved behavior and mental health. The long-term cost benefit for the application of employability skills is documented in the literature.

The PA CRS provide a target for instruction for all educators, stakeholders, families, and communities. The skills alone do not comprise a curriculum; nor are the skills meant to be approached as an isolated instructional content area. The PA CRS should be promoted, infused, and modeled in every aspect of a student’s day. The PA CRS complement existing standards and practices, including the Career Education and Work Standards. These skills are also reflected within the PA Academic Standards. 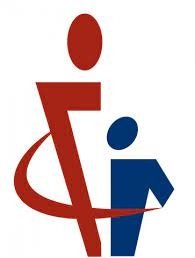 The McDowell Institute was established in 2012 through the generosity of Susan W. McDowell to help aspiring and practicing educational professionals develop strong ethical standards and skills to address non-academic barriers to learning, while emphasizing promotion and prevention activities to support healthy development and learning for all children. Her $2 million initial gift was the largest in the BU Foundation’s history at that time. She has a long history of personal commitment to helping others to make positive changes in their lives. This is particularly evident through her clarion focus on some of the Commonwealth’s most vulnerable populations, including those with complex life circumstances. While her commitment is laudable, what’s truly deserving of recognition is her movement to action along these same lines. Over the years, she's invested her time, energy, and resources in endeavors and initiatives to serve the common good. A particular passion of hers is the social and emotional wellbeing of young children and adolescents. 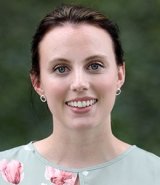 Director of the McDowell Institute 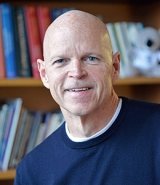 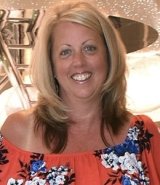 Administrative Assistant for the McDowell Institute