Proud resident producers of Arts in Bloom of Bloomsburg University.

We strive to develop students' working knowledge and application of historical and contemporary theories and practices in performance, design and technology, and dramatic and critical literature. We develop artists who are imaginative critical thinkers and effective communicators producing art that celebrates humanity and challenges complacency.

There are multiple areas of study of theatre and dance:

Want to get involved with theatre or dance? Contact us!

See what our alumni and students are doing

Jimmi Simpson (1998, Theatre Major, Performance) appeared opposite Hank Azaria in The Farnsworth Invention on Broadway. He has also had recurring roles on "24," "It's Always Sunny in Philadelphia," "Carnivale," "Psych," "My Name Is Earl," "How I Met Your Mother" and "The Late Show with David Letterman," where he appears regularly as "Lyle the Intern." He also appeared in Stephen King's "Rose Red" where he met his wife, actress Melanie Lynsky, best known for her roles in "Ever After," "Heavenly Creatures," "The Informant!" and as Rose in "Two and a Half Men." Jimmi''s film credits include "The Mother of Invention," "Loser," "Herbie: Fully Loaded," "D.E.B.S.," "Stay Alive," "Seraphim Falls," "Zodiac," "The Invention of Lying" and "Date Night." He is currently starring in "Breakout Kings" and the as-yet-unreleased "Abraham Lincoln: Vampire Hunter."

James McMenamin (2001, Theatre Major, Performance) plays Charlie 'Donuts' Coates on Orange is the New Black TV series. He appeared in a two-month run of At Home at the Zoo at the Arena Stage. Mead Center for American Theater. Check out video from the rehearsals here. Read the ExpressNightOut.com review here. Read the Washington City Paper review here. He previously appeared in the off-Broadway production of Thornton Wilder's Our Town, where he played George Gibbs in David Cromer's "intimate revival". Read the NY Times review here. Other credits include TV's Law and Order and Law and Order SUV and a regional theater production of Three Penny Opera.

Scott Moses (2003, Theatre Major, Design and Technology) is part of the Hell's Kitchen design team that received an Emmy nomination for Outstanding Art Direction in a Multi-camera Series. They were nominated for episodes 915 & 916 of the reality show featuring Chef Gordon Ramsey that airs on FOX. He is still working in art direction on Hell's Kitchen, including seasons 11 and 12, which started filming in July 2012. He was recently the lead art director for The Glass House on ABC and is a member of Local 800 Art Directors Guild in Los Angeles, CA.

Adrian Anchondo (2005, Theatre Minor, Performance) is constantly auditioning and has had a roles here and there on TV: HBO's "Looking", "How to Get Away with Murder" (with Viola Davis). Adrian has a recurring costar role on a new John Singleton show called "Rebel" on BET, acting with Giancarlo Esposito from "Breaking Bad". Adrian was also a viral YouTube guy a few times with his music video parodies.

JC Lee (2005, Theatre Minor) is a writer and producer on "How to Get Away with Murder" on ABC and is currently adapting a feature version of "Pippin" for the Weinstein Company and "The Nutcracker" for Warner Bros with director Alfonso Rejon-Gomez. JC has commissions from Second Stage and the Old Globe and his new play "Relevance" will premiere in 2018 at MCC Theatre in New York City.

Leonard Rodino (2005, Theatre Major, Performance) lives in Astoria, NY with his partner Robbie. He continues to audition and is working on several projects, including a new web series. He has acted as a producer on previous web series and was an executive producer on the first album by Astoria Boulevard. Leonard is also a visual artist working in various mediums. His day job is working at PLAYBILL where he is an advertising sales assistant for the company. PLAYBILL relies on advertising to maintain its iconic brand and Leonard’s role for the company includes assisting on major accounts including automotive, pharmaceuticals, healthcare, and entertainment brands. In addition to sales, he served as one of the project managers for BroadwayCon, which is an annual convention of theatre buffs held in New York. www.leonardneil.com

Joe Popson (2009, Theatre Major, Performance) co-founded Audition Ally, an app for the theatre. Audition Ally is a tool for both the actor trying to book the job and the behind-the-table journey to casting a show. Audition Ally pulls auditions into a single feed from multiple sources and works on any device.

Chad Betts (2010, Theatre Minor, Design and Technology) works as a 'solution architect' for a tech company. Part of his job relies on the ability to read a room (usually their clients), and present them with a cohesive story as to why the products, configurations, and services they’re selling are exactly what they're looking for - often with minimal concrete preparation. Chad recognizes that it is definitely like being put on stage to do improvisation.

Marie Danenhower (2010, Theatre Major, Design and Technology) works full-time at a year-round scene shop outside of Philadelphia, doing everything from painting to sewing and miscellaneous crafts. Some of the projects she has worked on can be seen at the Philadelphia Zoo, on Carnival Cruise ships, and in the upcoming 2013 Children's Medical Center Holiday Parade in Dallas, Texas. After graduating, she was the Master Electrician for The Media Theatre's 2011 production of The Who's TOMMY. She also ran video projections for the run of the show. As soon as TOMMY closed, Marie worked for Muhlenberg Summer Music Theatre as a scenic painter for The Music Man, and as an assistant stage manager for Godspell. She picked up some extra work doing load-ins and paint touch-ups for Storybook Musical Theatre, which lead to serving as the Scenic Artist for Saint Joseph's University Theatre Company's production of Is He Dead?. She also did some live event gigs as stagehand/lighting crew. Prior to her current job, she spent most of 2012 working at the PA Renaissance Faire, painting signs during the week and running one of the stages during Faire days.

Eddie Buck (2011, Theatre Major, Performance) won the Second Place Audience Award for his short film "Inspiration" in the See What I Am Saying Short Film Contest.

Liz Nugent (2012, Theatre Major, Design and Technology) served as a production intern at the Arden Theatre Company in Philadelphia, PA. She participated in the construction of scenery and properties in the company's productions of Next to Normal, Freud's Last Session, and Cinderella. Liz was Stage Management Intern at the Lantern Theatre Company on The Beauty Queen of Leenane. Liz worked as a Stage Operations Intern for the summer at the world renown Glimmerglass Opera Festival in Cooperstown, NY, participating in the loading in of scenery, stage crew, changing over between productions in a rotating repertory style, and striking the productions at the end of the summer for the season's productions of Aida, The Music Man, Lost In the Stars, and Armide.

Courtney Costello (2013, Theatre, Design and Technology) worked in the vibrant community theatre scene of NEPA, most notably as a Set Designer and Sound Designer for The Little Theatre of Wilkes-Barre. Courtney then went on to complete a season-long internship in Scenic Carpentry at Center Stage: The State Theatre of Maryland. In 2016 she seized an opportunity to move to Orange County California, where she worked as a Sound Designer, Audio Operator, and Props Designer for the extravagant Drag Theatre at VLVT Lounge in Santa Ana. She is currently residing in Studio City of Los Angeles, having worked since September of 2016 as a Production Technician at AMDA, The American Musical and Dramatic Academy of Los Angeles, building and painting scenery and props for their year-round array of plays, musicals, and dance productions, as well as mentoring student workers on the technical field of theatre.

Holli Trivelpiece (2013, Theatre Major, Design and Technology) was an intern with the Prospect Theatre Company for their Off Broadway Musical production of Unlock'd, serving as part of wardrobe crew and various activities such as quick changes, makeup, wigs, and show run crew.

Rebecca Kestel (2014, Theatre Major, Design and Technology) is the Production Stage Manager (AEA) at The Eagle Theatre in Hammonton, NJ.

Maggie Korell (2016, Theatre Major, Integrated) has been gaining inspiration through migraine-generating part-time jobs, including retail and child care. Each of these jobs has given her many ideas for writing scenes that are currently in development. In addition, Maggie is the Social Media Coordinator for a bar in her hometown and continues to apply for opportunities in her field.

Update your information - Use our Alumni Contact Form today!

The Bloomsburg University Players is an organization dedicated to promoting interest in the dramatic arts and gives its members the opportunity to gain experience through participation in any or all aspects of theatre.

Arts in Bloom celebrates the value of the arts and enriches lives throughout our community by producing and promoting a robust performing and visual arts program at Bloomsburg University. The energy of robust university arts programming attracts students to our university and citizens to our town and region, and it unites them.

New members are invited to join periodically throughout the year. Applicants must have experience in at least three areas of Theatre. Selection is made utilizing a structured point system to evaluate a candidate’s experience and their demonstrated leadership within the Theatre and Dance Division. Membership represents the most dedicated of the students interested in theatre on campus.

We're always excited to hear from prospective or current students who want to learn more about Theatre & Dance and BU Players at BU. Please let us know what we can answer for you! 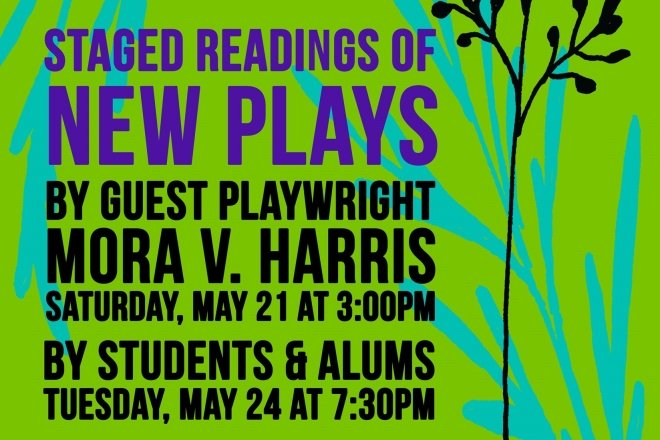 Plays in Bloom: Staged Readings of New Short Plays by Students and Alums

Staged Readings of short new plays by Students and Alums 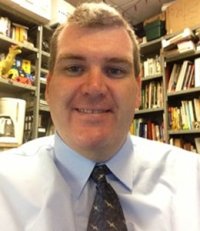 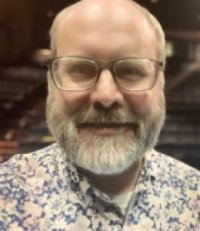 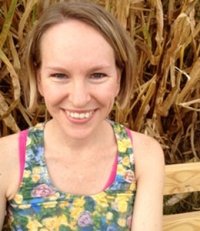 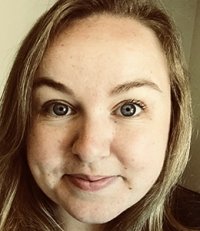 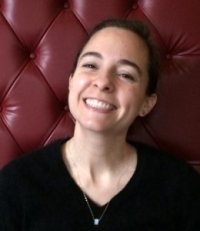