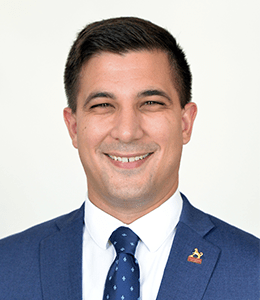 Dan Knorr is the Director of External and Government Relations at Commonwealth University of Pennsylvania, where he serves as a liaison to local, state, and federal legislators, their staffs, representatives of governmental offices and programs, key community stakeholders, regional employers, and the public at large. Prior to his time at the university, Dan held local elected office, serving as a Bloomsburg Town Councilmember from 2006-2007 and as Bloomsburg’s Mayor from 2008-2013. Dan earned a BA in Political Science in 2007 and an MBA in 2016, both from Bloomsburg University.