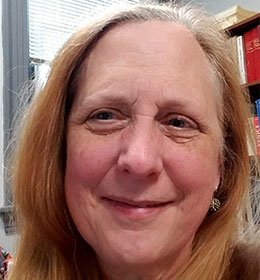 Deborah Walberg is a scholar of Early Modern Italian visual culture. Her research examines the intersection of art, religion and politics in Venice, Italy in the first thirty years of the 17th Century. She also studies cultural interactions and conflict between the Venetian Republic and the Ottoman Empire; and the presentation and function of miraculous images in late-Medieval and Early Modern Italy. She teaches courses ranging from the Classical World to Medieval, Islamic, Renaissance and Baroque art and architecture. Before coming to Bloomsburg she taught at Tulane University, Roger Williams University (RI) and Kadir Has University in Istanbul, Turkey.

“The Pastoral Writings and Artistic Patronage of Patriarch Giovanni Tiepolo (1619-1631): A Preliminary Investigation (2011)

as well as a number of book reviews in leading art historical journals.