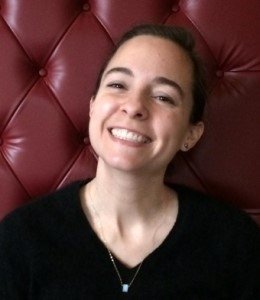 Emily Weisgerber is a costume and fashion designer working in the Bloomsburg area and brings over 20 years of experience to her position as Costume Director. She has worked as a costume designer for Bloomsburg Theatre Ensemble since 2008 and supported the costume department at Bucknell University for two seasons of theatre, opera, and dance performances.

Before coming to the Bloomsburg area, Emily worked in a luxury millinery studio in Manhattan, a bespoke dress shop in Hollywood, and another hat shop in her hometown of Seattle. She also started her own brand of hats in 2008, which she sold in six states and in her own store in downtown Bloomsburg.

Emily graduated from Alfred University where she earned a BFA with a concentration in sculpture, robotics, and installation. She used soft sculpture, life casting, mold making, and immersive video displays to convey her interest in the body, identity, and the interaction between art and science. She has utilized her background in fine art to educate students in art camps, elementary schools, and university settings, and has had her work featured in group and solo shows.