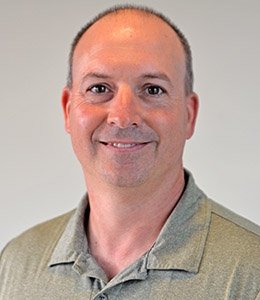 Jim McCormack has served Bloomsburg University for more than 30 years in a variety of areas including residence life and student services business functions.

McCormack is also a member of the Pennsylvania Army National Guard. Having begun his military career as an enlisted infantryman, he now holds the rank of brigadier general. He earned a commission through the Reserve Officer Training Corps (ROTC) in 1990. Among his numerous command and staff positions, he served as the deputy garrison commander and director of public works of the Kabul Compound, the senior NATO headquarters at the time, in support of Operation Enduring Freedom in Kabul, Afghanistan in 2003-2004. He also served as the senior intelligence and operations officer for the 213th Area Support Group charged with general support logistic management and distribution throughout central Iraq, in support of Operation Iraqi Freedom in 2007-2008. During the COVID-19 pandemic, McCormack served as the primary lead in negotiating between Pennsylvania Emergency Management Agency (PEMA) and the Pennsylvania National Guard where he led the Joint Staff for the PA National Guard. He also served as an operational lead for Bloomsburg University's COVID-19 response.