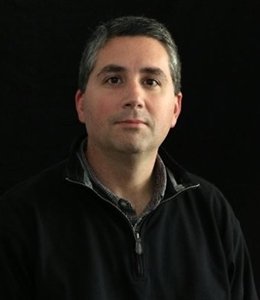 Title(s)
Chair of the Department of Media and Journalism, Associate Professor
Department
Education

Dr. Genovese has presented research at international, national and regional conferences and has also co-authored a book with his father, The Pottsville Maroons and the NFL’s Stolen Championship of 1925. Dr. Genovese’s research examines the contemporary state of sports television in the sports-media complex. In addition to issues concerning the sports media, he is interested in journalism, new media and cultural studies and has also explored research in sport history.

Dr. Genovese has experience teaching a variety of courses both theoretical and skills-based: Video Editing, Video Production I, Video Production II, Telecommunications Workshop, Newswriting, Introduction to Mass Communications, and Cinema Appreciation. Jason also has professional experience in radio as an announcer and in the television industry where he has worked as a producer in local television news and at Comcast SportsNet Philadelphia.