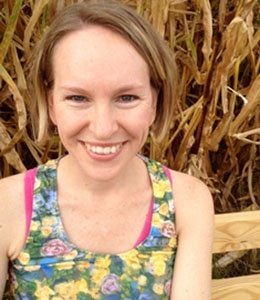 Julie serves as Director of the Dance Minor program, teaches dance and theatre coursework, and enjoys soaking up the vibrant climate of creativity about the campus. Recent BU projects include Artistic Direction of all annual Dance Minor Concerts, choreographing The Rocky Horror Show, serving as dialect coach for the production of The Nosemaker's Apprentice, directing Roadkill Confidential and choreographing new concert dance works each season. One such work, His Painful Stretches, offered her students an invitation to travel to Philadelphia to perform her choreography in a curated showcase by the acclaimed and Internationally recognized Koresh Dance Company. Another of her dance works, Rest In Pieces, has been traveling the US for two years in an installation called Craddling Creativity, an exhibit dedicated to fertility stories.

Julie holds a Master of Fine Arts from the University of Wisconsin-Milwaukee (dance) and a BFA from the University of Arizona where she studied dance, theatre and music. Previously a faculty member at Dominican University in River Forest, IL, she taught courses such as Directing, Auditions, and Dance Techniques, and had the opportunity to direct, choreograph, and collaborate on multiple productions. Julie was also a Master Teaching Artist for Changing Worlds, a non-profit group that worked to bring art infused literacy programs into Chicago area K-12 schools.

Julie worked professionally in the Mid-west/Chicago region for over 12 years with multiple companies wearing multiple hats. Ranging from aerial artist to dialect coach, to date, she’s directed, choreographed, &/or performed in well over 150 productions. A multi-Emmy nominated Director/Choreographer, Ms. Petry is a native of the beautiful Pacific Northwest and loves to travel and explore outdoors. She is the recipient of multiple grant awards, was previously selected for the "Best of New Dances” by the curator of Dance Chicago, and is an Associate Member of SDC. Her writing/research can be found in the Voice and Speech Review and the Bi Women's Quarterly. She has actively presented at both ATHE and NCA conferences, and was invited to attend and present her directing methods at the well-known Directors Lab West.