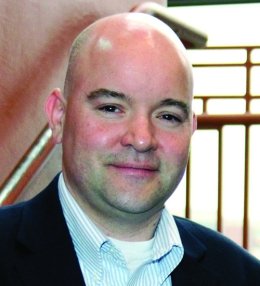 Strine is a native of Bloomsburg and is a 1993 graduate of Bloomsburg University where he earned his B.A. in political science with a career concentration in public administration and a minor in history. As an undergraduate at BU, Strine was active in the Maroon and Gold Marching and Concert bands, the BU Forensics Team, the Political Science Student Association, and the College Republicans.

Strine worked as an admissions representative at Pennsylvania College of Technology from 1996 through 1999, where he planned and implemented the college’s out-of-state admissions recruitment strategy.

Strine earned his Ph.D. in political science/American politics from Purdue University in December, 2004. His dissertation, entitled, “Stars on Capitol Hill: Explaining Celebrity Appearances in Congressional Committee Hearings” explores the process of how celebrities come to appear in congressional committee hearings, what kinds of celebrities testify, the purpose of their appearance, as well as the content of their testimony. This empirical study examined congressional committee hearings from 1970 through 1999 and finds evidence to suggest members of Congress use these hearings to further their own committee and institutional goals.

Strine has published in the areas of presidential signing statements, lobbying, casework, term limits, and media framing of Supreme Court decisions. He is currently researching incivility in Supreme Court Confirmation hearings with a colleague at Indiana University Kokomo.