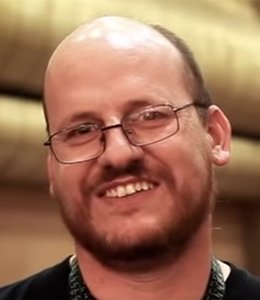 Phil Polstra, Ph.D., is an internationally recognized hardware hacker and forensics expert. He has spoken at many top conferences worldwide including repeat performances at Blackhat, DEFCON, 44CON, GrrCON, ForenSecure, and B-sides. Some of his recent work developing hacking hardware based on the Beagle family of devices is documented in his book Hacking and Penetration Testing with Low Power Devices (Syngress, 2015). Polstra is an expert on non-magnetic media (such as USB flash drives) and Linux forensics and has delivered training courses and presentations on these topics around the world.

When not teaching, creating new electronic devices, performing penetration tests, or providing infosec consulting services he has been known to fly, teach others how to fly, and build aircraft. He is an accomplished aviator with thousands of hours of flight time in various aircraft and a dozen aviation ratings/certificates, all of which are current. He is licensed as a commercial pilot, flight instructor, airplane mechanic, aircraft inspector, and avionics technician.

Philip Polstra, Ph.D., associate professor of digital forensics, recently did a webinar entitled “Bad USB – Why USB security is badly broken” for the CISO Platform. CISO Platform is an international organization dedicated to getting pertinent information into the hands of senior security executives and decision makers in a timely manner.

Others have described Polstra as one of the top security researchers in the world. He is internationally recognized for his work with USB security and forensics. His USB-related work has been presented at top conferences around the world and presented in a number of publications.

October — Polstra, Ph.D., was an invited speaker at the GrrCON security conference which occurred in Grand Rapids, Mich. He gave a presentation on “Autonomous Remote Hacking Drones”. This was his third straight year as a speaker at this conference. He brought 22 students to this conference. For many of these students it was their first conference. In addition to his scheduled presentation, Polstra gave an impromptu talk on “Leveraging Shell Scripting to Create Custom Linux Distributions in a Semi-automated Manner” when a speaker didn’t show for his scheduled talk.

October — Polstra, Ph.D., as a technical editor/reviewer for two recent books. The first text, “BeagleBone for Secret Agents” by Josh Datko was recently published. The second text, “BeagleBone Electronics Projects” by Bill Pretty is scheduled for publication in early 2015.

September — Polstra, Ph.D., was one of only two speakers invited to give a four-hour workshop at the sixth iteration of the BruCON security conference in Ghent, Belgium. His workshop entitled, “Autonomous Remote Hacking Drones,” walked attendees through assembling a drone and its remotely-operated hacking capabilities.

BruCON is an annual security and hacker conference that provides discussions on topics critical to information security issues like privacy, hacking and their implications on society. It acts as a bride between the various professionals in the computer security world.

July — Polstra, Ph.D., published a book recently entitled “Hacking and Penetration Testing with Low Power Devices.” His book presents methods of creating inexpensive, low-power devices for performing computer security penetration tests from distances of up to a mile away by leveraging open source hardware and software.

June — Polstra, Ph.D., was invited to speak twice at the DEFCON 22 security conference in Las Vegas. DEFCON is the largest security conference in the world (about 16,000 attendees from around the globe). Polstra gave two presentations this year: “Am I being spied on: Low-tech ways of detecting high-tech surveillance” and “Cyber-hijacking airplanes: Truth or Fiction.” This was his third straight year as a speaker at DEFCON.