Get your career off to a winning start!

Bloomsburg University's Professional Sales Center prepares students in the art and science of professional selling to be an immediate contributor toward the improvement of shareholder value of any and all organizations that invite them aboard.

Labor statistics point to an increase in sales as a key occupation in the present and future workforce. In his book, To Sell is Human, Daniel Pink points out the number of sales people in the United States outnumbers the entire federal government workforce by five to one.

We're an associate member to the University Sales Center Alliance (USCA), making us the 51st university to have membership and only the second university in Pennsylvania. In order to qualify as a member, a sales program must meet specific criteria including a specified curriculum, a sales lab, a director, an active sales advisory board, and participation in sales competitions. The USCA is a consortium of sales centers connecting university faculty members with many different backgrounds and areas of expertise. Together, these credible and innovative educators advocate for the continuing advancement of the sales profession through teaching, research and outreach.

Did you know almost 50 percent of all business graduates — and 90 percent of all marketing students — begin their career in sales? And that the Bureau of Labor and Statistics estimates sales is projected to grow three percent from 2017, resulting in about 458,700 new jobs.

Professional sales is a growing, thriving field and the Bloomsburg University Professional Sale Center is poised to be a major part in producing the next generation of sales leaders. Thoughtful, respectful, knowledgeable, and responsive people who are able to guide individuals and businesses through complex purchases — that’s professional sales, a rewarding field that always has many openings and offers great potential for growth and success.

Our Professional Sale Center engages students, professionals, and businesses through:

Our Professional Sales Center has developed a state-of-the-art facility that includes a role-play office with audio visual recording capabilities and sophisticated control center, along with an observation facility. The sales lab allows students to practice presenting to groups, bring presentations on removable media and to hone their presentation and demonstration skills. Within the lab is a fully equipped role-playing office with high-definition, professional quality cameras to capture sales call simulations.

Mediasite is a presentation tool that allows instructors and students to make live digital recordings of lectures or presentations. Students, instructors or any one with password access can view the presentation online in real-time and can access the presentation for viewing at a later date. In a sales context, this allows for students and instructors to view and critique role-plays. In addition, the videos can be made accessible to sponsors and potential employers for the students.

Scott Barr is the district sales manager for Paychex, Inc. He has enjoyed 20-plus years there, winning multiple national awards for sales and sales management, including being a seven-time recipient of the prestigious Circle of Excellence Award. Barr has been in corporate sales for over 30 years and has served as a field sales trainer, mentor, and motivational speaker throughout his career. He is a lifelong resident of the Lehigh Valley, where he lives with his wife and four children.

Bob Braun '85 has over 20 years of experiences in sales, sales training, product management and customer service at AIRMATIC INC, an industrial distributor located in Malvern. Graduating from Bloomsburg University in 1985 with a bachelor's in business management. Braun excels in guiding sales teams toward finding successful solutions for challenging projects. He previously sat on the board of directors of the Pennsylvania Aggregate and Concrete Association (PACA) and is a past-chairman of PACA’s Associate Membership. PACA is the aggregate and concrete industry’s unified voice in Harrisburg, representing more than 200 member companies, large and small, across the state. He currently serves as the director of sales, oversees all training programs and is product manager for AIRMATIC’s WORKMASTER line of manufactured products.

Ryan Flexman '17, an alumnus of Bloomsburg University’s Zeigler College of Business, is the northeast territory manager for Mitsubishi Chemical Advanced Materials, where his role is to create market strategies to ensure profitable growth, while maintaining sales for core products as it relates to the current market share in the eight states that he covers. He is also part of the Advanced Materials Team where his role is to educate MCAM’s channel partners, OEMs, and end users on today’s polymer applications. His role in the northeast allows him to foster new developments in the aerospace and defense, semiconductor, medical/life science and renewable energy industries that reside there.

Flexman is also an active member of the International Association of Plastic Distribution’s Government Relations Committee, whose focus is on reversing plastic deselection and promoting the adoption of green business practices within the industry. He and his committee also spend time educating state and federal legislators on the difference between single-use plastics and the performance plastics that their industry works with. Additionally, they continue to fight to segregate the two industries for future legislation, while advocating for the environmentally friendly qualities that performance plastics have to offer.

Derek Franchino '14, an alumni of Bloomsburg University with a degree in business administration, currently operates an end-to-end B2B sales process, partnering directly with C-Level executives within Gartner’s 55 member End-User New Business Development Team, which is a highly competitive and nimble division at the front lines of the 4,000+ member global sales force.

Gartner conducted the full body of research on and published the findings of the “Challenger Sale” methodology, which is prevalent across many current high performing sales divisions globally, including Gartner’s. During his studies at BU, he guided a defunct non-profit organization back to recognition while serving as president, held a leadership position at a local technology consulting firm, and placed in some of the top echelons of both The National and International Collegiate Sales Competitions. He currently resides in Fort Myers, Fla., with his lovely girlfriend enjoying beach time and hosting his family and friends when they visit from his home state of Pennsylvania.

Matti Prima '77 is a Bloomsburg University alumnus who received his MBA from Pepperdine University. In 1991, he received Bloomsburg’s award for Young Alumni of the Year along with being inducted into the Ocean County, NJ Boy Scouts Hall of Fame. Currently, he's co-chair of the Zeigler College of Business Advisory Board, member of the Sales Advisory Board, and treasurer of the Estonian American National Council.

He began his career as a commercial banker specializing in the media industry. He financed newspaper, television and radio assets. His specialization evolved into the investment banking arena becoming senior managing director at Henry Ansbacher. There, he organized over $2 billion of mergers and acquisitions in the media and communications industry. This experience led him to SiegelGale, a high profile New York City digital brand management company, where as vice president he managed banking relationships and all financial operations. This experience led him to educational media company Peoples Publishing Group (later becoming Peoples Education Inc.), where he was divisional president of Measuring Up, a nationwide digital and print publisher of K-12 standards based materials. Within five years under his strategic direction, revenues multiplied several times over and achieved high earnings. He has received the White House Bronze Medal for volunteering his time with charitable non-profit organizations such as the Red Cross, Salvation Army, Big Brothers, and Random Acts of Kindness.

Austin Schwartz '14, sales leader for the Tom James Company, graduated from Bloomsburg University with a B.S.B.A. in marketing. Since then, he's worked for the Tom James Company, the worlds largest manufacturer of custom clothing. In the past four years, he's grown his personal sales and leads a team of people to help them achieve their goals. Schwartz has a true passion for helping people whether it's his client’s wardrobe, or even helping students find a career in sales. He looks forward to serving on the Sales Advisory Board for many years to come!

Stacy Villamil, who's been working at UPS in business development for 13 years, began her career as an international sales support specialist and held several different positions in the department before becoming an area sales manager for the eastern side of PA. She manages a group of account executives with responsibilities for mid-level business customers in the area. Villamil's focus is in coaching and developing her team to reach their performance and career goals. She also has an affinity for international business and assisting customers to expand their business across borders. She is actively involved in the Women’s Leadership Development business resource group at UPS, which promotes the development of high potential female leadership. Villamil attended Messiah College for her undergraduate degree in international business and completed her MBA at Kutztown University in 2012. She and her husband reside in Allentown with their two daughters. 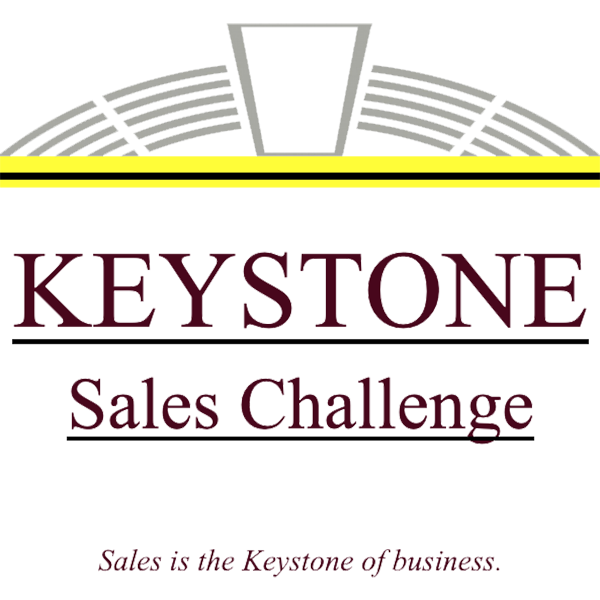 Bloomsburg University's Keystone Sales Challenge, hosted by the Zeigler College of Business and coordinated by the marketing and sales program, is held each spring with a three round role-play elimination competition and several professional development sessions, as well as a speed selling competition.

Next year's sales challenge hosted by Bloomsburg University will be both virtual and in person!

Student entry fees are $25 for virtual only, face-to-face only will be $45, and $60 for both. Please contact Dr. Monica J. Favia at mfavia@bloomu.edu for additional details. 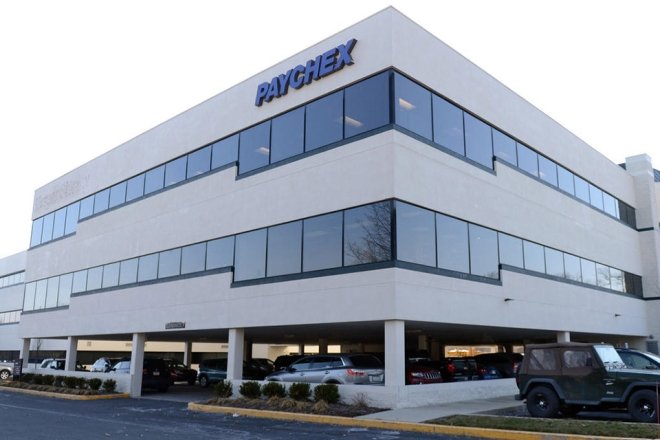 A first-of-its-kind program with Paychex, a provider of human resource, payroll, and benefits outsourcing services for small- to medium-sized businesses. 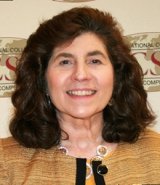