As part of an ongoing series of guest lectures on economics, Commonwealth University’s Bloomsburg campus will be hosting a webinar from Dr. Jeffery D. Sachs on Wednesday, Oct. 26, at 2 p.m. Sachs is a University Professor and Director of the Center for Sustainable Development at Columbia University. His lecture will be on the topic of “Stagflation of the 1970s and 2020s: Lessons and Prescriptions.”

Before teaching at Columbia, Sachs spent over twenty years as a professor at Harvard University, where he received his B.A., M.A., and Ph.D. degrees. He has also received 38 honorary doctorates and in 2021, the TUBA Academy Prize from the Turkish Academy of Sciences, the Legion of Honor decree of the President of the Republic of France, and the Order of the Cross from the President of Estonia.

Sachs is President of the United Nations Sustainable Development Solutions Network, Chair of the Lancet COVID-19 Commission, Co-Chair of the UN Council of Engineers for the Energy Transition, Commissioner of the UN Broadband Commission for Development, academician of the Pontifical Academy of Social Sciences at the Vatican, and Tan Sri Jeffrey Cheah Honorary Distinguished Professor of Sustainable Development at Sunway University. He was also special advisor to three UN Secretaries-General and is an SDG Advocate under Secretary-General Antonio Guterres. 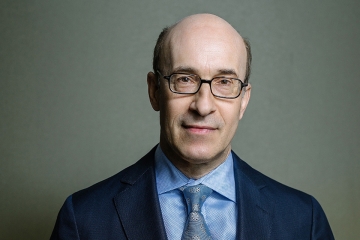 Topic: “Inflation and the Future of Currency”

Kenneth Rogoff is Thomas D. Cabot Professor at Harvard University. From 2001–2003, Rogoff served as Chief Economist at the IMF.

His widely-cited 2009 book with Carmen Reinhart, This Time Is Different: Eight Centuries of Financial Folly, shows the remarkable quantitative similarities across time and countries in the roots and aftermath of debt and financial crises.

Rogoff is also known for his seminal work on central bank independence and exchange rate targeting. Together with Maurice Obstfeld, he is co-author of Foundations of International Macroeconomics. His 2016 book The Curse of Cash looks at the past, present, and future of currency from standardized coinage to crypto-currencies and central bank digital currencies.  His monthly syndicated column on global economic issues is published in over 50 countries.

Rogoff is an elected member of the National Academy of Sciences and the American Academy of Arts and Sciences. He is an international grandmaster of chess. 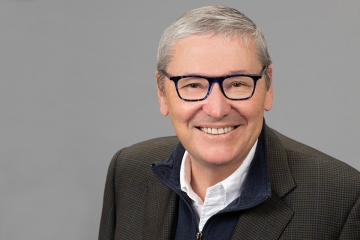 N. Gregory Mankiw is the Robert M. Beren Professor of Economics at Harvard University. As a student, he studied economics at Princeton University and MIT. As a teacher, he has taught macroeconomics, microeconomics, statistics, and principles of economics. He even spent one summer long ago as a sailing instructor on Long Beach Island.

Professor Mankiw is a prolific writer and a regular participant in academic and policy debates. His research includes work on price adjustment, consumer behavior, financial markets, monetary and fiscal policy, and economic growth. His published articles have appeared in academic journals, such as the American Economic Review, Journal of Political Economy, the Quarterly Journal of Economics, and in more widely accessible forums, such as The New York Times, The Washington Post, and The Wall Street Journal.

He has written two popular textbooks—the intermediate-level textbook Macroeconomics (WorthPublishers) and the introductory textbook Principles of Economics (Cengage Learning). Principles of Economics has sold over two million copies and has been translated into twenty languages. In addition to his teaching, research, and writing, Professor Mankiw has been a research associate of the National Bureau of Economic Research, an adviser to the Congressional Budget Office and the Federal Reserve Banks of Boston and New York, and a member of the ETS test development committee for the advanced placement exam in economics. From 2003to 2005 he served as Chairman of the President's Council of Economic Advisers.

Professor Mankiw lives in Wellesley, Massachusetts, with his wife, three children, and their border terrier, Tobin. 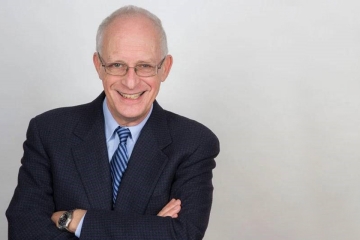 Oliver Hart is currently the Lewis P. and Linda L. Geyser University Professor at Harvard University, where he has taught since 1993. He is the 2016 co-recipient of the Sveriges Riksbank Prize in Economic Sciences in Memory of Alfred Nobel.

Hart’s research centers on the roles that ownership structure and contractual arrangements play in the governance and boundaries of corporations. His recent work focuses on how parties can write better contracts, and on the social responsibility of business. He has published a book (Firms, Contracts, and Financial Structure, Oxford University Press, 1995) and numerous journal articles. 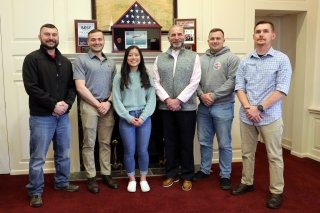 Bloomsburg University student Leo Malfara, a Sergeant (E5) in the PA Army National Guard, was one of several BU students deployed with an aviation unit out of Fort Indiantown Gap to Iraq/Kuwait from... 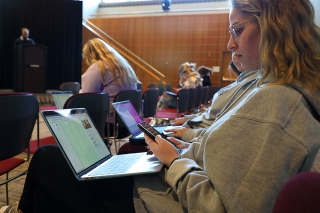 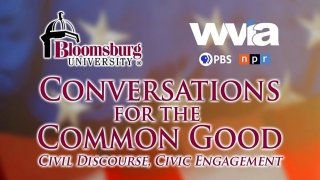 Conversations for the Common Good series returns with three programs

BLOOMSBURG — Bloomsburg University's Conversations for the Common Good series has three events scheduled in January and February. On Wednesday, Jan. 26, at 5 p.m., there will be a live webcast,...