BU alumnae share personal stories and messages of hope on the 20th anniversary of the 9-11 attacks.

Bloomsburg University and the BU Student Veterans Association (BUSVA) held a 9/11 Day of Remembrance on Friday, Sept. 10, to honor the memory of those who lost their lives and mark the 20th Anniversary of the Sept. 11, 2001 terror attacks.

The event featured remarks from BU graduates Stacy Garrity ‘86, Pennsylvania’s State Treasurer, and Elizabeth Miller ‘17, whose father, a fire fighter, was killed in the rescue efforts following the attack on the World Trade Center in New York City. Also speaking at the event were BU President Bashar Hanna and Jared Stump, a current BU student, veteran of the U.S. Marine Corps., and president of BUSVA, who served as master of ceremonies.  BU’s Concert Choir, Women’s Choral Ensemble, and Bloomsburg University Husky Marching Band provided the music.

Stump opened the event with thanks to everyone in attendance and a warm welcome to the guest speakers. He finished his remarks with a call for the audience to have hope. “In times of difficulty, American people rise together,” said Stump. “That’s why I have hope.”

President Hanna acknowledged the BU student veterans and BUSVA and emphasized the importance of remembering Sept. 11, 2001, our first responders, and our armed forces. “There is one common thread among us, the freedom that our first responders and armed forces fight for every day,” said Hanna. Like Stump, Hanna also spoke about hope, saying “Never give up on hope. With hope and with courage, tomorrow will always be better.”

Garrity, who served 30-years in the U.S. Army, retiring as a colonel having earned two Bronze Stars and Legion of Merit for her service, spoke about Flight 93, sharing a story about passenger Honor Elizabeth Wainio’s last call to her stepmother and about American nature. Wainio said that "it hurts me that it is going to be much harder for you than me." Garrity also commented on the spirit of the country. “Americans will close their hand in a fist to fight for our country, but they will also open their hands in welcome,” said Garrity. “America is the home that adopted all of us.”

Finally, Miller, a Rule of Law Fellow for September 11th Families for Peaceful Tomorrows, a nonprofit 9/11 family member group that is committed to the pursuit of justice within a rule of law framework, spoke about life after loss from the Sept. 11 attacks. Her father was a part of Fire Rescue Company Five, and he lost his life-saving others. “9/11 didn’t define me. It shaped me,” said Miller. She remarked on how following her loss, she discovered the importance of focusing on peace, kindness, and compassion. “We need to turn our anger, our frustration, into peace,” said Miller.

All those present were then invited to place a flower on the memorial bench in front of the Warren Student Services Center in remembrance of all the lives lost that day. 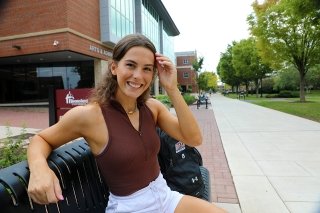 Landing that preferred internship with opportunities aligned to a clear career path tied to your college major isn’t as easy as one would think. Add in a second major, and the task is twice as challenging. 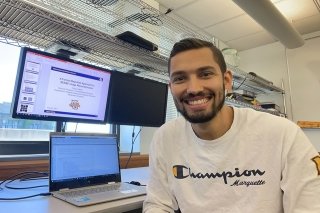 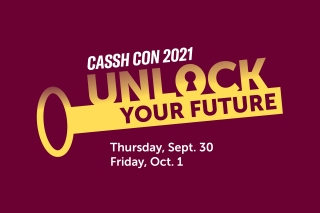