The Bloomsburg University Police Department has earned accreditation from the Pennsylvania Chiefs of Police Association.

Accreditation is a progressive and proven way of helping institutions evaluate and improve their overall performance. The process takes between 18 and 24 months and covers 136 standards and 184 sub-standards. The cornerstone of this strategy lies in the pronouncement of standards containing a clear statement of professional objectives.

When the procedures are in place, a team of independent professionals is assigned to verify that all applicable standards have been successfully implemented. The process culminates with a decision by an authoritative body that the institution is worthy of accreditation.

“I am extremely proud of this accomplishment,” said Leo Sokoloski, director of the BU police department. “When I arrived back at BU more than three years ago, I told our then Vice President for Finance and Administration John Loonan that I could reshape the BUPD into a model 21st-century department.”

“To be a model department, we had to transform training, develop and write 21st-century policies and then put into practice what we said we were doing.  BUPD needed minor physical changes to retrofit the facilities to be compliant to accreditation standards.”

The accreditation process has continued under the new VP for Finance and Administration Claudia Thrush and Associate VP for Facilities Management Eric Ness, who saw the value and importance of the effort.

“The safety and welfare of our students, faculty, staff, and visitors to campus are of paramount importance,” said Thrush. “The efforts of Director Sokoloski and his team have led to transformational change within the BUPD. This accreditation is a feather in the university’s cap as it confirms the department is operating at an exemplary level and providing best in class service. I congratulate him and his team on behalf of everyone at the University.”

Sokoloski is quick to point out the many individuals involved with the effort.

“Sergeant Rob Neiderhiser and officer Jeff Bachinger played significant roles and were focused on driving this initiative to completion after many, many months of work,” said Sokoloski. “Also, BU’s skilled craftsman did great work for us. The plumbers, electricians, carpenters, painters, and many more worked tirelessly to make the changes we needed in our facilities.”

“The accreditation assessors exit interview was complimentary and found no significant deficiencies that were not corrected before their departure,” Sokoloski added, “The assessors’ reports and findings will be sent to the commission for review where the official announcement acknowledging BUPD’s accredited status will be coming in March at the Pennsylvania Law Enforcement Accreditation Commission meeting.”

The Pennsylvania Law Enforcement Accreditation Program was designed and developed by professional law enforcement executives to provide a reasonable and cost-effective plan for the professionalization of law enforcement agencies within the Commonwealth. The underlying philosophy of the program is to have a user-friendly undertaking for the departments that will result in a “success” oriented outcome.

The accreditation is an ongoing process, and BUPD will be re-evaluated in three years to show if it remains in compliance with the standards. 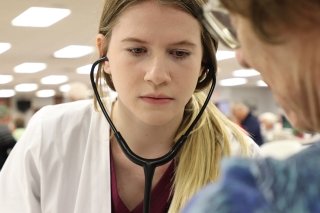 Bloomsburg University's Department of Nursing has earned reaccreditation for its Bachelors of Science, Masters of Science, and Doctor of Nursing Practice (DNP) programs by the Commission on Collegiate... 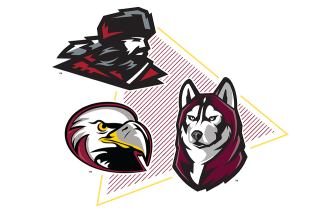 BLOOMSBURG — Bloomsburg, Lock Haven, and Mansfield universities have received NCAA approval to proceed with their plan to retain a full complement of NCAA athletic programs on the campuses that... 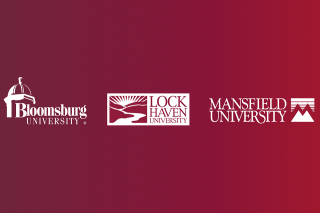