Commonwealth University students from the Bloomsburg campus are making an impact as interns at the national software powerhouse Siemens Digital Industries Software.

Over the last three years, three Bloomsburg students have interned with Siemens’ software development team and received offers from the company to return post-graduation to join as full-time employees. Karun Mahadevan, a senior computer science major from Danville, is the fourth Bloomsburg student to work with the team.

At Siemens, Mahadevan’s major project was to write code to improve functionality on Teamcenter, a Siemens product used by other companies to create, modify, annotate, and share complex models of products they intend to build. Mahadevan wrote code that would allow these models to be shared in a custom view ratio to prevent distortion when shared.

“I had to enable the possibility of sharing the 3D models in a custom view ratio so that regardless of what device is was being viewed on, the integrity of the design was maintained,” explained Mahadevan. “I had to rewrite existing code in Teamcenter, as well as add new code that would work with a multitude of different model types, units, and resolutions. I also had to allow this capability to be used on the web-application version of the app.”

Mahadevan’s work was released on the newest build of Teamcenter. Now, real Siemens customers are using the code and capabilities that he wrote over the summer, something that Mahadevan says has been his favorite part of the position. “I was writing meaningful code that would actually be used and not just keep me busy,” said Mahadevan.

Mahadevan says that the most valuable part of his internship was learning what it’s like to write code in a professional setting. “In school, professors allow you to ‘work together,’ but it really means that you’re allowed to talk about your ideas and not write code together,” explained Mahadevan. “During my internship, so much of my work was accomplished by collaborating with a senior developer. Learning the difference was hard because sharing code is forbidden in school, but once I got accustomed to it, I was able to be significantly more productive.”

Working with Siemens has left Mahadevan feeling confident about his future. “I think that the internship gave me a lot of clarity of what my future will look like and allowed me to understand what the professional world of software looks like,” he said. “It isn’t just sitting at a computer for 10 hours a day writing code non-stop; it’s a very collaborative, group-driven effort where multiple things are always being worked on at the same time. The idea of starting a new job after I graduate feels much less intimidating now.”

After graduation, Mahadevan plans to either work as a software developer or engineer or pursue his master’s degree in computer science. 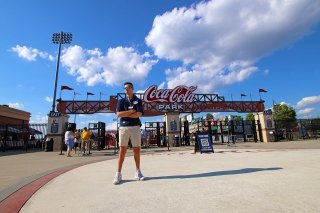 Chaperoning the first pitch ceremony. Showing off the arm in a mid-inning koozie toss. Assisting with an on-the-field hula hoop game. Dawning a costume for the late-game pork race. And that’s just one... 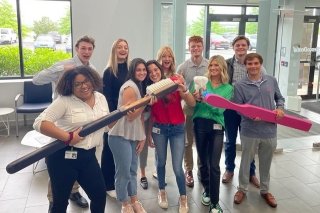 From classroom to internship to job opportunity. It’s a script for Commonwealth University’s Professional U promise, and a path Celeste Rivas is well on her way to complete. The senior Bloomsburg... 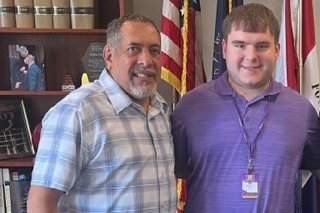 BLOOMSBURG — When Anthony Zola attended the Philadelphia 76ers Sports and Entertainment Career Fair in March, he knew it was going to be difficult to stand out in the crowd of job and internship...