Making the most of opportunity: Alumnus begins law school at Harvard

Nearly 20 years ago, Chanty Gbaye was offered a second chance at a better life.

“My family fled the civil war in Liberia and won a diversity VISA to come to the United States on Dec. 16, 2003, seven days after my ninth birthday,” says Gbaye. “It was the first time I’d seen snow. And while we speak English, I had a very heavy accent. There were still a lot of barriers my family had to overcome.”

The barriers included struggling academically. “In high school, I was not the best student. Bloomsburg University (now part of Commonwealth University) was one of the few schools that offered me a chance,” says Gbaye, a ’16 political science graduate.
Gbaye has made the most of those chances offered to him, and last week, he began law school at Harvard University. His transformation into a law school student got a strong start from his experience at Bloomsburg.

“When I visited Bloomsburg, I loved the campus. I said, ‘I’m definitely going there,’” says Gbaye, who lived in Delaware with his family. “Plus, it was not too far, but far enough away that they’d have to call before coming.”

“At Bloomsburg, I learned to seek out new opportunities and put myself in unfamiliar territory. You never know which opportunities can be life-changing. I got involved in academic organizations as much as possible, including forensics with professor Neil Strine.”
After graduation, Gbaye earned a legislative internship with Delaware’s U.S Sen. Chris Coons. He then joined Ohio’s U.S. Sen. Sherrod Brown’s staff.

“I was in Sen. Brown’s office for four and half years working in a legislative role. The Senator was one of the kindest and hardest working people I have ever met” says Gbaye, who describes the senator as a pragmatic progressive. “He’s from a state where Trump won by nine points. The job comes with a lot of compromises; however, he always tried to do what he felt was best for Ohioans.”

Gbaye points to the expansion of child and earned income tax credits during the pandemic as one of the things he’s proudest to have been a part of. “They helped keep many families, similar to mine, above water. You can’t let the perfect be the enemy of the good. If 80 percent of the people benefit, that is a good day. That is a win.”

“Tax law was something I was interested in. Working on the hill. If I want to be in the room where these things happen. I might as well get a law degree,” says Gbaye, who began the application process in 2020. He was also able to get a preview of the profession through a fellowship this summer with the firm Cravath, Swaine & Moore in New York City.

“I’ve been fortunate that people have taken a chance on me. They’ve given me opportunities and I’m trying to make the best of them.”

For a time, Jess Gombar '11 didn’t think she would consider Bloom as her college of choice. "My mom had gone to Bloom, so during my first campus visit, she kept telling me where 'her friends did this'... 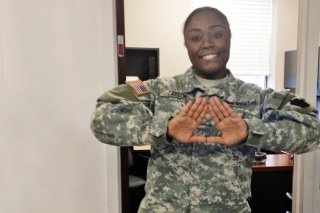 To Ebony Taylor ‘12/'13M, Bloom felt like home the first time she was on campus, especially after she bumped into a former school classmate from the boarding school she had attended. It all just felt...

Jessie Lee ’20 didn’t have the smoothest of transitions from college student to confident professional. She struggled to find her niche in the business college and found it challenging to move out of...