After earning both a B.A. in anthropology from BU in 2008 and later an M.A. from the University of South Florida in applied anthropology, Mael has returned to Bloomsburg as President/CEO of United Way of Columbia and Montour Counties & Greater Susquehanna Valley United Way. She now oversees how the organization identifies and assists with the needs of the community. She also hires Huskies.

It was Adrienne Mael’s love of anthropology that has defined her career path. That love was discovered at Bloomsburg University. 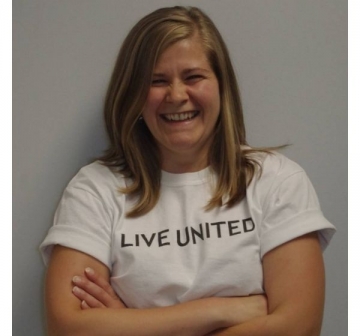 “For me, a smaller university gives you a chance to know people so much better,” said Mael of her time at BU. “My professors really engaged with me  and were hands-on. It was a great experience.”

After earning both a B.A. in anthropology from BU in 2008 and later an M.A. from the University of South Florida in applied anthropology, Mael has returned to Bloomsburg as President/CEO of United Way of Columbia and Montour Counties & Greater Susquehanna Valley United Way. She now oversees how the organization identifies and assists with the needs of the community. She also hires Huskies.

“Most of what we do is learn and understand the needs of the community and then create programming that meets those needs,” explained Mael.

Because of Mael’s relationship with her alma mater and how volunteerism is such a staple of her organization, Mael says fulfilling community needs often involves interns, and most of those interns are from BU. Mael says the United Way would not be nearly as effective without Husky interns as the organization has relied on them for everything from managing their social media channels and creating marketing plans to researching and implementing new and existing projects. 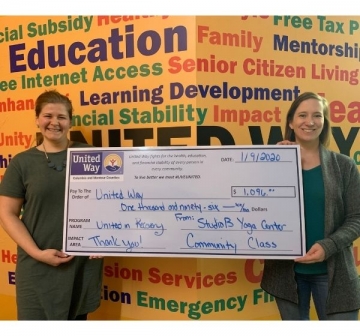 “[Our interns] are excellent,” said Mael. “We would not be able to do what we do without the students.

Mael says that students with majors like social work and anthropology have been “lifesavers” when dealing with the volume of need in the community. Those needs range anywhere from mentorship and after-school programs to housing. For example, one of the programs with a high success rate is the free filing of residents’ tax returns every winter by BU accounting students.

“We would not have a volunteer tax program if it weren’t for them,” explained Mael. “The university gives us so much.  We would be lost without our interns.”

Hiring so many Huskies as interns requires a fair degree of preparation and planning to create a positive experience for students and the organization. Mael says that interning or volunteering with the United Way is the first foray into the professional world for many students. And though she didn’t have the same opportunity when she was a student, Mael certainly recognized the importance of such an experience when she had her first professional position.

“I loved [my first job], but there were a few places where I was not as professional as I could have been and…I remember thinking that if I had an internship, I wouldn’t have made those mistakes. There are always little tips and tricks where [students] can make mistakes in a caring environment and not have it be in their first job.”

As if providing BU students such valuable professional experience isn’t enough, Mael and her team have considered hosting more students to send to other area organizations who need an intern but don’t have the time and resources necessary to plan for a student experience.

“Sometimes there’s a stigma against having interns because they think it’s work,” said Mael. “We’re trying to figure out new and better ways for the students to have a better experience in the community and encourage other non-profits to take on an intern.”

For Mael, her career and her desire to give back to her community and alma mater go hand in hand.

“I’ve learned a lot, and it’s fun to give back,” said Mael. “We’re thrilled to volunteer in that way for the university. Internships make a positive difference for all parties involved.” 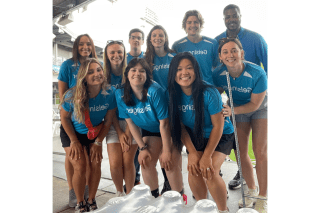 Jessie Lee ’20 didn’t have the smoothest of transitions from college student to confident professional. She struggled to find her niche in the business college and found it challenging to move out of... 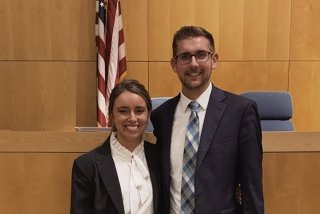 Competing with an underdog, small school mindset is nothing new for Nick McGuire and Siena Cerra, who each successfully did so as NCAA Division II student-athletes at Bloomsburg University. That...

This month, Oriana Balascio fresh off earning her master’s degree in biology begins the next leg of her journey to becoming an osteopathic physician — a path kickstarted from an Honors class presentation in her freshman year at Bloomsburg University.