Students put medical training to use in aiding fellow student

When Bloomsburg University students Alex Pasculle and Erik Josephson, both EMTs, got an ambulance alert on their phones about a fellow student who was having a seizure, they wasted little time in coming to the aid of their fellow Husky.

The actions by the students prompted BUPD Sergeant Heather Comstock to nominate both Pasculle and Josephson for the Husky Hero award given by Dean of Students Scott Kane.

On Tuesday, March 8, a student suffered a serious medical emergency in Sutliff Hall. Pasculle and Josephson put their emergency training into action. Pasculle was in his lab class when the emergency notification read across his phone.

“I was preparing a brain dissection for a research project I'm currently involved in when the call came in. I was alerted of the emergency through an app we use at Bloomsburg Ambulance Service called Active911 that a student in Sutliff was actively seizing.”

After arriving at the scene, Josephson, who also received the alert, was able to assist Pasculle in getting the supplies needed off the ambulance to start preparing the necessary intervention to help the student.

“Being an EMT, I know my responsibility to help, and knowing that it was one of my fellow Huskies, I knew I needed to step in and help even more,” Josephson stated.

“Due to the nature of the incident and my initial concerns about the patient's airway, I called the dispatcher to inquire about an ETA of the incoming ambulance,” said Pasculle. “Without having the appropriate equipment, I asked students in the class (one student who is the son of a paramedic at Bloomsburg) to go to the ambulance station and grab an emergency bag that contained emergency airway equipment.”

“While waiting, I manually performed a jaw thrust to open the patient's airway,” said Pasculle, “Sargeant Comstock quickly arrived on the scene with their emergency equipment we were able to use to stabilize the patient. Before the students arrived back at the university, volunteers from Bloomsburg ambulance (Erik Josephson being one of them) arrived with the proper equipment,” stated Pasculle. “We were able to load the patient on the stretcher with the help of BUPD and the other volunteer EMTs in time for a transport ambulance from Danville to arrive. Thankfully, the incoming ambulance that responded had an emergency physician present that transported the patient to Geisinger Medical Center.”

"Alex Pasculle and Erik Josephson epitomize the Husky Family culture of our campus. We are fortunate to have such caring and selfless students," said BU President Bashar Hanna. "This is another great example of Huskies helping Huskies. We are a stronger and more caring community because of these efforts. Alex and Erik deserve our praise and commendation."

Pasculle, from Pittsburgh, is a graduate student studying molecular biology after earning his undergraduate degree from the California University of Pennsylvania in biology (pre-med). Pasculle has always had a passion for helping others.

“I became certified as an EMT when I was 16 after joining my local volunteer fire department. I have been interested in emergency medicine for as long as I can remember.”

Josephson, a sophomore nursing student from Marlboro, NJ, has personal experience with a medical emergency before and knew he had to get to the scene immediately.

“When I was younger, my dad had a stroke, and we needed to call 911, and seeing what the EMTs did for my dad made me want to help someone else,” said Josephson. “Once I heard the call come in over the ambulance’s radio, I knew we had to get there as soon as possible.”

Josephson enjoys helping others, and he plans to continue his good acts of service where he one day hopes to work in the pediatric ER.

“I love being able to help others and have been doing it ever since I can remember. I started off helping kids with special needs, then I began moving to work in the ambulance,” said Josephson, “It makes me feel amazing knowing that I was able to help someone at the university that I attend.”

Pasculle enjoys helping patients and serving his community in any way that he can and plans to attend medical school in the future.

“The reason I entered the field of medicine is that it allows me the great privilege of helping others in times when they need it most,” said Pasculle, "I feel grateful that I was in the right place at the right time. Most importantly, I am thankful that the patient has fully recovered and can return to his studies.” 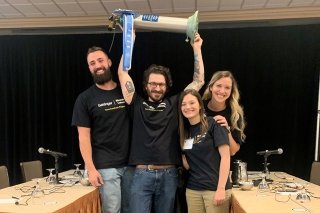 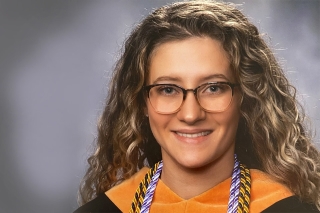 Savannah Hurst, a senior majoring in nursing at Bloomsburg University, has been honored with the Sigma Theta Tau, Theta Zeta Chapter Society Award. The Sigma Theta Tau award recognizes a BSN, MSN, or... 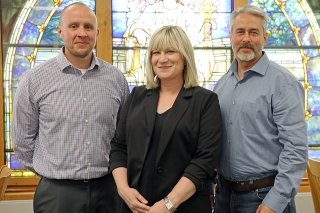