Anthropology, the study of humankind, attempts to establish useful information and generalizations about people, their behavior and their cultural and biological origins, in order to arrive at the fullest possible understanding of human diversity.

Study in our three anthropology disciplines is interwoven so students come to see the whole picture of humankind ... how humans have evolved, what problems they face, what solutions are possible, and and what the future might hold.

As an anthropology major, you'll study humankind and attempt to establish useful information and generalizations about people — their behavior and their cultural and biological origins — to arrive at the fullest possible understanding of human diversity. You'll gain global cultural awareness through classroom studies of cultures everywhere and receive hands on field and research experiences.

A new minor added to our curriculum requires core anthropology and geology courses; plus a variety of electives from anthropology, geology, biology, and art history. Students must complete 18 credit hours.

ANTH.101 Introduction to Anthropology (3) - A beginning course for students with no background in anthropology. Provides an overview of peoples and cultures of the world today and of the past as well as the fossil evidence for human evolution. Topics may include living primates, magic and religion and kinship, marriage and sex roles. Not for students who have taken ANTH.200, ANTH.210 or ANTH.220.

ANTH.102 Anthropology and World Problems (3) - Explores the origins of global problems and evaluates the variety of cultural solutions to those problems. Investigates cultural values and solutions of tribal peoples holistically and compares them to those of industrialized nations in terms of their consequences and implications. Approved as a diversity course.

ANTH.200 Principles of Cultural Anthropology (3) - Provides a cross-cultural study of all human behaviors in contemporary cultures. Topics surveyed include socialization; language; sex, age and kinship roles; religion and magic; marriage and the family; political and economic behavior; cultural change; and the arts. Anthropological methodology and the concept of culture also are stressed. Approved as a diversity course.

ANTH.210 Prehistoric Archaeology (3) - Provides a worldwide examination of human prehistory from the origins of humankind to the development of early writing. Focuses on regional differences and similarities in key evolutionary transitions including sedentary lifeways, urban origins and the rise of states. Field methods are also discussed.

ANTH.220 Human Origins (3) - Studies the emergence and development of humans, the biological basis of human culture and society and the origin of the social units of fossil humans. A review of non-human primates and their behavior is also addressed.

ANTH.221 Forensic Anthropology (3) - this course is designed to provide students with knowledge of the process of decomposition from fleshed bodies to skeletonized remains, how these remains are identified, and cause of death.

ANTH.230 Foundations of Professional Anthropology (3) – Prepares students to advance in the major and as professional anthropologists by providing a common foundation in research methods, writing in the discipline, profession development, and professional ethics.

ANTH.250 Neanderthals (3) - Explores the origin and fate of the prehistoric population called Neanderthals. It will explore the historical and social foundations of the Neanderthal debate and show how this debate is relevant to our understanding of human biological, behavioral, and cultural differences. .

ANTH.290 Race and Racism (3) - Examines race from holistic and cross-cultural perspectives. The biological nature of race will be explored through the investigation of the origins of human skin color, genetics, adaptation, and variation. The socio-cultural aspect of race will be considered through the comparative study of racial categories in cultures and societies from around the world. Prerequisites: none. Approved as a diversity course.

ANTH.300 Archaeological Method and Theory (3) - Explores the modern theoretical foundations of archaeology. Students read and discuss original contributions to the field and learn methods in preparation for actual fieldwork. Prerequisite: ANTH.210 or consent of the instructor.

ANTH.310 Aztecs and Mayans (3) - Surveys the prehistoric cultures of Mexico and Central America. Emphasis on the development of Aztec and Mayan civilizations. Approved as a diversity course.

ANTH.311 Archaeology of Northeastern North America (3) - Surveys the prehistoric cultures of the area from arrival of the first inhabitants through early historic times. Provides a laboratory for the study of broader issues of socio-cultural processes. Prerequisite: ANTH.210 or consent of the instructor.

ANTH.312 South American Archaeology (3) - A survey of prehistoric cultures of South America. Emphasizes the civilizations of the Andean zone and the role played by the Amazonian region in the development of Andean Cultures. Prerequisites: ANTH.101 or ANTH.200 or ANTH.210 or consent of the instructor. Approved as a diversity course.

ANTH.333 Ethnic Identity in the United States (3) - Explores the varieties of ethnic experience in the United States. A uniquely anthropological perspective is utilized to give students a sense of how a cultural-ethnic identity is formed and maintained in our society. Special attention paid to Italians and Latinos (including Puerto Ricans) as examples of extremely different immigrant experiences. Prerequisite: ANTH.200. Approved as a diversity course.

ANTH.350 Medical Anthropology (3) - Studies of cross-cultural concepts of health, illness and curing as well as health care delivery in industrialized cultures. Includes the topics of divination and diagnosis, sorcery and witchcraft in healing, public health and preventive medicine, alcoholism and drug use and the medical knowledge of tribal and peasant societies. Approved as a diversity course.

ANTH.380 Men and Women: An Anthropological Perspective (3) - A cross-cultural and evolutionary perspective on sex role behavior in past and contemporary cultures. Examines sex roles in nonhuman primates and humans. Examines sex roles in hunting and gathering, horticultural, pastoralist, peasant and other preindustrial societies are described as well as sex roles in modern industrial societies. Covers genetic and environmental theories of sex role behavior. Prerequisite: 3 semester hours of anthropology. Approved as a diversity course.

ANTH.390 Socialization of the Child (3) - Examines life experience and adjustment of the individual through infancy, middle childhood and youth. Reviews contrasting methods of introducing children to adult economic, social and religious activities. Prerequisite: ANTH.200. Approved as a diversity course.

ANTH.423 Environmental Anthropology and Regional Sustainability (3) - Examines interactions in a cross-cultural context considering how politics, economics, and science interact with one another across space and time. In particular, the active participation of human interactions with other species, subsistence systems, development, tourism, biodiversity, climate change, environmental disasters, environmental contamination, and energy production and consumption will be considered. Throughout the course, discussion will center on the social construction of nature and different potential paths to achieving sustainability, sustaining our relationships with other forms of life and earth processes. Open to all students; taught by lecture and discussion. Fulfills 1GEP each for Goals 4, 5, and 6. Prerequisites: 30 credit hours or permission of instructor.

ANTH.460 Applied Anthropology (3) - Provides an introduction to and critical evaluation of the various specializations, ethical issues, career opportunities, methods and theoretical orientations of applied anthropology, which involves the application of anthropological knowledge to identify and solve human problems. The course will utilize a holistic perspective throughout the synthesis of applied specializations in cultural, biological, linguistic and archaeological anthropology. Prerequisites: ANTH.200, ANTH.210, ANTH.220 or consent of the instructor.

ANTH.470 History of Anthropological Thought and Theory (3) - Intensive survey of the leading methods and theories of anthropological and ethnological interpretation with special emphasis on the concept of culture and its practical application to modern problems.

ANTH.480 Religion and Magic (3) - A comparative analysis of the origins, forms, elements and symbolism of religious beliefs and behavior; the role of religion in society with particular reference to nonliterate societies. Anthropological theories and methods of religion, historical and contemporary. Approved as a diversity course.

ANTH.495 Special Topics in Anthropology (3) - Provides for instruction and student research within selected areas of interest not available in other courses. Prerequisite: 18 semester hours of anthropology or consent of the instructor.

ANTH.497 Internship in Anthropology (3-15) - An on-site training and learning experience in anthropology that provides opportunities to apply theoretical and descriptive knowledge of archaeology, cultural anthropology and physical anthropology in private and government institutional settings.

Center for Community Research and Consulting

Through our Center for Community Research and Consulting students get the opportunity to assist on various research projects that focus on the community, allowing them to have a hands-on approach to improving the community while utilizing skills that have been learned in the classroom. Students also take part in various research projects geared toward improving the surrounding communities and are involved in various forms of data collection and produce useful materials for communities and organizations.

Is a career journey a path or a maze?

For many college students, their career journey is a straight line. They choose a major based on their field of interest, and every internship, engagement opportunity, or experience leads them to a job in that desired field. However, this was not the case for Erica Gebbia ’20. Her career path took twists and turns in ways she could have never imagined.

Sweetie Patel’s studies of environmental biology and anthropology have been the inspiration for her summer research through URSCA (Undergraduate Research, Scholarly, Creative Activity) program. “I came to Bloomsburg University originally as an environmental biology student because of a deep interest in biology and my newfound environmentalism,” Patel says. “I quickly declared anthropology as my second major, because I believed I was seeing only a small portion of a much bigger picture with a single major.”

Anthropology is a discipline that holistically considers the current moment in the context of broad experiences of humanity across space and time. We, as a species, have been successful because of our ability to problem-solve, communicate, and work collectively to answer challenges. The recent and continuing COVID-19 pandemic has been one such call with resultant innovations in research, sharing of information, and new initiatives. 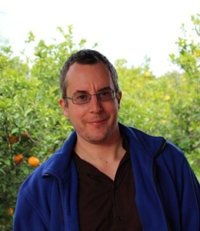 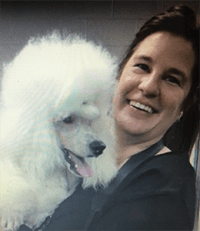 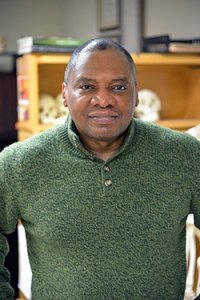 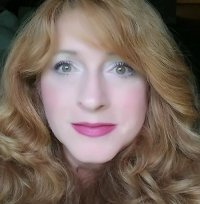