Chemistry majors — who often graduate with ACS or ASBMB certification, including some with both — advance into professions such as medicine, secondary school teaching, and chemically related industrial firms. Biochemistry majors enjoy a career path into medicine or veterinary school, as well as a stepping-stone into forensic chemistry.

How about a medical degree in seven years!

Perfect, we have the option just for you! Pursue this specialized program that leads to medical and dental schools after graduation. Both standard and ACS certified tracks are available. Students have the opportunity to be awarded certification by the American Society of Biochemistry and Molecular Biology, ASBMB.

Pursuing chemistry opens up multiple undergraduate options that include pathways for experience in chemical research, some specialty fields and certifications, as well as graduate studies or employment in industry, including engineering.

This option features a capstone course, The Chemistry Curriculum and the Teaching Laboratory, the only one of its kind in the State System.

This field is changing everything!

From vaccines to computers to car tires, nanotechnology is playing a part. Its products can be found in commonly used items as cell phones, cosmetics, and clothing. It's used to help solve problems by:

Physics — from the tiniest subatomic particles to the entire universe, the field of physics attempts to explain the basic laws of nature by examining the interactions of matter and energy. Our program includes courses in fields of physics such as mechanics, electricity and magnetism, atomic, nuclear, electronics, optics, thermodynamics, quantum mechanics, and astrophysics.

Secondary Education: Physics — our program provides all of the required physics courses, plus opportunities for students to work on special projects relating to physics education. There continues to be a widespread shortage of physics teachers, so graduates find a favorable job market.

Here, you'll find technology internships, health care clinical experiences, or science research, including undergraduate research opportunities. These experiences will give you an edge in your career, and along the way you'll take pride in making a difference — for the environment or for your community. Once you transfer your associate’s degree to Bloomsburg, you'll start at the junior-level in these programs.

* with a fall semester start in a program-to-program articulation.

8 reasons why we're the perfect fit

Radiation Science — radiation control incorporates an understanding of many disciplines. It has common scientific interests with many areas of specialization: physics, biology, biophysics, engineering (nuclear, civil, mechanical, or electrical), chemistry, genetics, ecology, environmental sciences, metallurgy, medicine, physiology, and toxicology. The wide spectrum of knowledge required of the health physicist makes this profession both challenging and rewarding.

Are you an alumna or alumnus not listed?

Tell us what you are doing now!

Currently working in Chemistry at Eurofins

Fall 2020 will be attending Temple University to receive her Ph.D. in Dentistry

Currently searching for a job in the workforce of Biochemistry

Currently working with "Teach For America"

Currently a Preventative Search and Rescue Intern @ Yosemite National Park. She then plans on returning to PA and working as an EMT while getting her Ski Patrol certification

Currently attending the University of Pittsburgh to maintain her Ph.D. in Biological Chemistry

Currently working in a neuroscience lab @ the University of Pittsburgh

Currently attending SUNY ESF for her Ph.D. in Environmental Chemistry

James in employed by KP Pharmaceutical Technology in Bloomington, IN

Amanda is attending University of Florida for her PhD

Jocelyn is attending Indiana University for her PhD

Teresa is employed at FedChem LLC as a junior research chemist

Thomas is attending Texas AandM for his PhD in Organic Chemistry

Analyst @ The Janssen Pharmaceutical companies of Johnson and Johnson

Associate Investigator at Chemours (His role is polymer synthesis/processing/characterization)

Currently in the PharmD program at Wilkes University

Evan obtained his MS at Penn State. He is currently a higher education professional.

Shanna is pursuing a graduate degree at Texas A&M

Sarah is attending graduate school at the University of Vermont.

Kaitlyn obtained her MS at Penn State and is a chemistry teacher at Central Columbia. She is an adjunct at BU.

Mike is doing his Post Doc at Johnson & Johnson where he is a senior scientist. Ph.D. received from University of Delaware.

Nick obtained his Ph.D. from Texas A&M. He is now doing a Post Doc at Oxford England in rare disease research with Pfizer.

Kristyn is working at Idaho National Lab for Mass Spec on Nuclear.

Adam has accepted a position as a field service engineer with Perkin Elmer in New Jersey. He will be servicing HPLC, HPLC/MS, and GC/MS instruments.

Mike has accepted a position at Lonza. Mike is working on the development of an organic compound library for the chemical company.

Chris is working at Corning Inc., in their research and development division, in Corning, N.Y. He is working on fuel cells, flexible displays (LCD), and catalytic converters (ceramic).

Tim is currently a senior chemist with Integra LifeSciences in Plainsboro NJ.

Katie is working as a Clinical Systems analyst at Shamokin Area Community Hospital.

Melissa is working as a medical technologist for the Miller-Keystone Blood Center. miselaT@aol.com

Nathan received his MS in Biological Chemistry at the University of Pennsylvania. Currently he is the Associate Director- Global Project & Alliance Management (Merk).

Chrissy earned her PhD in theoretical chemistry at the University of Florida and is currently a post-doc at Boston University.

Jen is employed at Environmental Standards, Inc., as a quality assurance chemist. In that position she provides third party validation of laboratory sample results from

Melinda successfully defended her Ph.D. at Virginia Polytechnic Institute and State University in April 2006 and accepted a post-doctoral position at Los Alamos National

Labs. She is currently employed as a Senior Scientist at Rohm and Haas.

Amy is a research scientist in a bioanalytical group at Sanofi-Aventis. Her work involves analyzing biological samples from clinical trials using LC/MS/MS, method

Josh finished a masters degree in chemistry at Bucknell University in 2003 and is now working at the General Electric Global Research Center near Schenectady, NY.

Shiela has entered the Ph.D. program in chemistry at Virginia Tech.

Steve received his Ph.D. from John Hopkins in 2007. He is an Operations Research Analyst @ Volpe, The National Transporation Systems Center.

Jeff is a graduate student at the University of Arizona doing research on an ABC transport protein.

Crissie finished her PhD at the University of Arizona in 2005. She is currently a post-doc at UCLA and proud author of a review paper: Luminescent metal–organic

Brad is a graduate student at the University of Hawaii

Monica is a chemist in process technology for Merck & Co., Inc.

Barry earned a MS in Quantum Chemistry from Youngstown State University and a Ph.D. in Theoretical Statistical Mechanics from the University of Arizona. He is

currently a post-doc at the University of Massachusetts.

After graduation from BU, Angie worked for Rohm & Haas where she was a polymer and analytical chemist developing and analyzing new powder polymer

coatings. She is now a stay-at-home mom and active Facebooker.

Nancy is a chemist and works in analytical support of clinical and pre-clinical drug compounds for DuPont Pharmaceuticals.

Mike is a Research & Development Level II Chemist at the Sherwin-Williams Company in Ohio.

Jonathan works as a chemist in San Diego for Argen, the largest dental gold producer in the world.

Mike works as an Assistant Research Scientist in Analytical Research & Development at Bristol-Myers Squibb. The group he works in performs solid state

Michael is currently working as an anyaltical chemist at Favrille in San Diego, working on a personal cancer vaccine. Michael earned a MS in chemistry from the University

Eric works as an analytical chemist in analytical method development at Merck and Company, Inc. He is also finishing a master's degree at Lehigh University.

Bar Associations. Harris' practice focuses on all aspects of commercial litigation, real estate and business law. Harris is a former clerk to the Honorable William F. Moran of

the Court of Common Pleas of Northampton County. (Taken from the Davison & McCarthy professional corporation announcement.)

Scott is a dentist in private practice.

Paul is a Senior Forensic Scientist with the New Jersey State Police in the Toxicology Division. Obtained MS in Forensic Science at John Jay College of Criminal Justice in

Chemist at PA Dept. of Agriculture

Georgeann works for Air Products and Chemicals where she is a Principal Technology Analyst/Business Intelligence.

earned a PhD in molecular biology and biochemistry. Susan completed post-doctoral studies at the Children’s Hospital Boston/Harvard Medical School and is currently

a faculty member there. Most recently, she was awarded the Harvard Catalyst Pilot Award from the Harvard Clinical and Translational Science Center at Harvard, a very

prestigious accomplishment. She is Vice President of eCOA Clinical Science & Consulting at ERT.

Carl is a head technician in the quality control lab at Sunoco Refining and Marketing, Inc. where he tests petroleum products and waste water.

Kerry works for Baxter Healthcare Corporation in California where she supervises the purification of proteins.

Jackie earned a Master's degree in Analytical Chemistry from the University of Delaware. She is now the manager of the Technical Operations Services at Accugenix in

Newark DE. They do bacterial identification for pharmacology and research groups by comparative DNA sequencing.

Marty is a forester for the PA Dept. of Conservation & Natural Resources.

Edward A'Zary earned a BS in Chemistry from BU and a PhD in Biochemistry from the University of Western Ontario, London, Ontario. After a full career of teaching and

working in private industry, his last position was Director of Forensic Toxicology at Quest Diagnostics, Inc. After retiring, Dr. A'Zary has "returned home" and is teaching

Accreditation
The American Society for Biochemistry and Molecular Biology helps you excel at all stages of your scientific career through networking, professional development, meetings, journals and leadership opportunities. 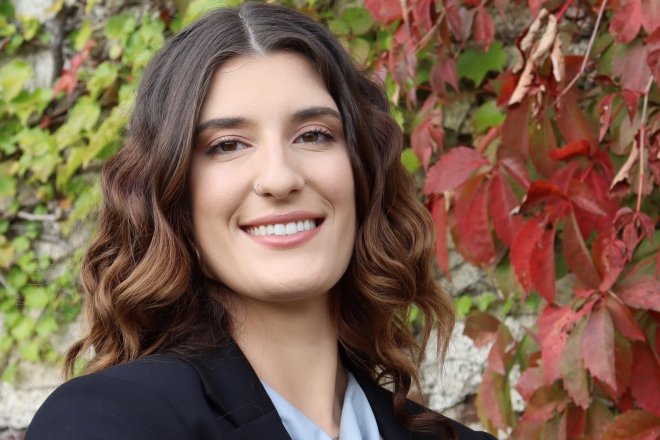 The Society of Toxicology Undergraduate Research Award goes to approximately 12 students per year. 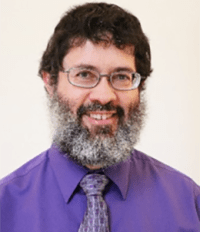 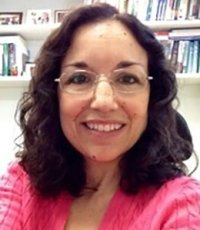 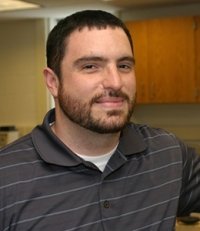 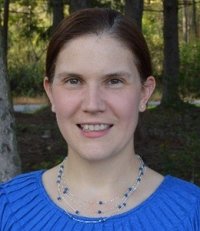 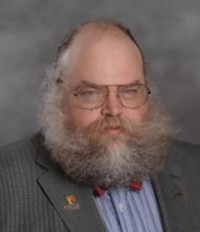 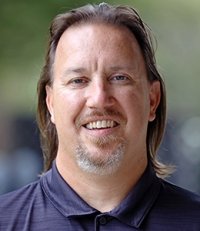 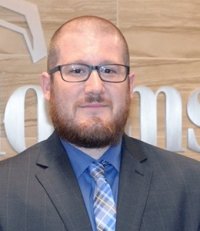